Today October 9 2016 is Kumari Puja day. The girl is considered as incarnation of Goddess Durga.

Devdutt Pattanaik, ‘Devlok with Devdutt Pattanaik’, 2016:
“... There is a contradiction because Devi is kumari (from kunwari, unmarried) as well as a mata, mother. It should perhaps be seen as a metaphor. A field is a fertile virgin, kumari, before it is ploughed. After the rains, when it produces the crop, it is called mata. So Devi is known as kumari mata. As kumari she wears red and as mata, green. Devi in her vira, warrior, heroic, or ugra, terrifying, roop is considered unmarried. There is no male aspect to her; she's completely female....”

Look at the following self-portrait...the green color stands for motherhood- mata, apple has been sliced off but the dress makes me think she is kumari because that was the kind of dress worn by unmarried girls, at least in the part of India where I grew up....therefore it's intriguing.... 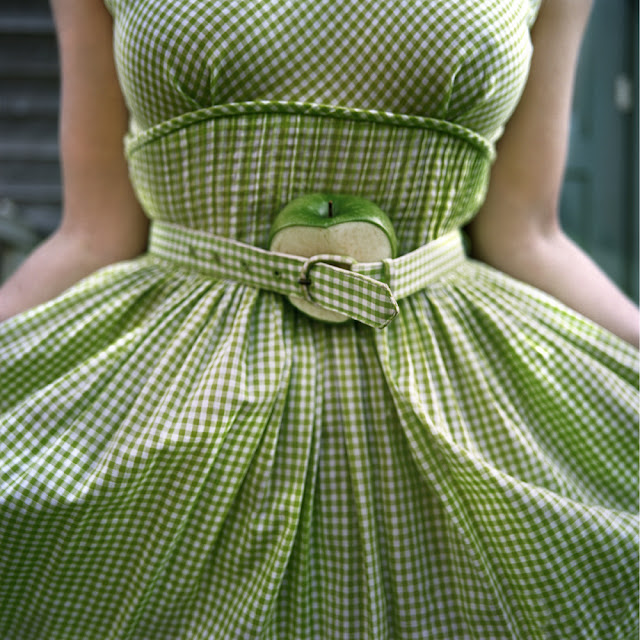 Self Portrait 'The Cut Apple and Gingham Dress', 2003

Artist: Cig Harvey
Posted by Aniruddha G. Kulkarni at 9:00 AM No comments: