Is that enough to build a marriage on?

On May 24, 2007, Prime Minister Singh issued Ten Commandments to industry. During the speech, he decried cartelisation, spiralling salaries and corruption. This comes on top of his strong condemnation of crony capitalism few days earlier.

Singh said: “The electronic media carries the lifestyles of the rich and famous into every village and slum. Media often highlights the vulgar display of their wealth. An area of great concern is the level of ostentatious expenditure on weddings and other family events. Such vulgarity insults the poverty of the less privileged, it is socially wasteful and it plants seeds of resentment in the minds of the have-nots.”

We appreciate your concern and thank you. We know you are the most incorruptible politician in the world today. We know you have a Spartan life style. We know you do not suffer from the most contagious disease of Indian public life- nepotism-at all.

But as you would be the first to acknowledge, you are not the first prominent economist/ public figure to air similar feelings about capitalism.

Your thoughts sound a lot like Paul Krugman’s NYT columns. Adam Smith’s later work was dedicated to attacking not just big government, but big corporations in general and the East India Company in particular. Through its monopoly on Indian trade East India Company had, Smith said, contrived to raise prices to customers while reducing them for suppliers. It was rife with fraud, cruelty and corruption and was “a nuisance in every respect”.

But is this expression of anguish by Indian PM good enough foundation "to build a marriage of Congress and its voters on". 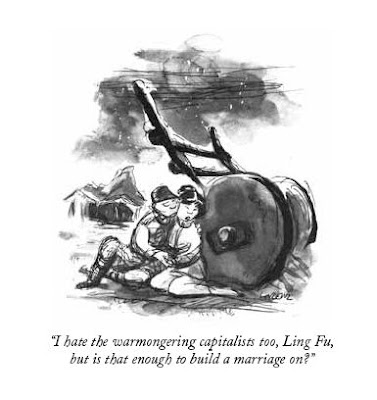