“We live in a culture committed to unifying greeds…..everyone on the planet feeding at the same trough of standardized entertainment and fantasies of eros and violence…. (on the iconoclastic spirit of the 1960s) How one wishes that some of its boldness, its optimism, its disdain for commerce had survived……There is no culture ... without a standard of altruism, of regard for others.”

Outlook is an iconoclastic magazine. Not surprising because they have Vinod Mehta as the editor-in-chief, a throw-back to sixties right from his Sunday Observer days.

In their India’s independence day special issue they took on Bal Thackeray. This week it’s the turn of legendary artist Asha Bhosale whose birthday was recently celebrated on every TV channel. (btw Uddhav Bal Thackeray spoke movingly on the occasion. I really liked his speech.)

In a scathing article (“A Bungalow, A Ma-In-Law” of issue dated September 24, 2007) - which doesn't give Ms. Bhosale's views on the subject- Team Outlook says:

“…..Asha would have liked to keep her mother-in-law's (92-year-old ailing Meera Dev Burman, mother of star film composer, the late R.D. Burman, and widow of the equally iconic Sachin Dev Burman) recent months a secret, but that was not to be. Old and ailing Meera was more or less confined to bed soon after her son's death in January 1994..

If Meera had for the past 13 years been living largely confined to her room, in bed, with an attendant round-the-clock, what prompted Asha to take the drastic step of moving her to an old age home, even if it sparkles like a four-star hotel? Surely, she could have continued in the apartment. Those in the know suggest property row as a reason, others say that the 92-year-old ailing woman was not desired in the house by Asha's family who wanted to occupy it….

...her son can be extremely money-minded and ruthless. Maybe he pushed her into it…..

Days after R.D.'s death, there were stories of how Asha had cleverly managed to get control over most of his assets, how some bank lockers in his name had been emptied out and so on. Filmmakers and lyricists who had interacted with R.D. in his last days did not have a good word to offer about her and suggested that R.D. had naively trusted her—in fact, trusted her too much…

Against this, Meera being moved to an old age home fits the pattern. She may have languished there but for the Tripura state government that tracked her down because it wanted to present her a state award. When her address—a 10 x 12 ft room in an old age home—was conveyed and some sections of the media played it up, it appears that the Bhonsles had second thoughts about her continued stay there. "When news of her being R.D. Burman's mother and Asha Bhonsle's mother-in-law spread, she (Meera) became a spectacle here, though she was totally unaware of it all," says the old age home official. "It wasn't good for the family either. Maybe that's why they took her back."..."

Mangeshkar family is not new to such ‘commercial’ controversies.

“Melody queen Lata Mangeshkar on Monday reacted sharply to Kolhapur NCP leader V B Patil's remark that she should return her Bharat Ratna for selling part of Jayaprabha Studio. The studio played a key role in the development of Marathi and Hindi cinema and is considered to be the "karmbhumi" of one of the pioneers of Indian film industry director Bhalji Pendharkar...

The studio on 11 acres of land was founded by Chhatrapati Rajaram Maharaj in 1934 in the name of "Kolhapur Cinetone". Pendharkar purchased it from the former princely state of Kolhapur in 1944 and renamed it Jayaprabha Studio. But he eventually handed over the studio to Mangeshkar. Last month, Mangeshkar sold about seven acres of land for commercial development...”

Loksatta’s editorial on April 19, 2003 “Lachar Celebrities” (लाचार सेलेब्रिटीज) also attacked Lata Mangeshkar among others like Sachin Tendulkar and Amitabh Bachhan for some of their actions.

The late Dinanath Mangeshkar, father of Asha and Lata, was blessed with a golden voice and large heart but poor finances. Vishram Bedekar (विश्राम बेडेकर) has given a moving account of this in his autobiography "एक झाड आणि दोन पक्षी", 1987 ("One Tree and Two Birds", Popular Prakashan).

In short, Susan Sontag would have liked him. 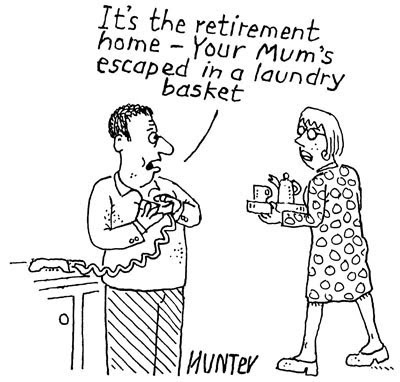 On September 9, 2007, Union textile minister Shankarsinh Vaghela said farmers of Vidarbha were themselves to be blamed for their plight.

He reportedly said: “If you just sit and chew tobacco in the farms, how can you expect good crops? The government can only help you to an extent. You should emulate the practices of farmers in Gujarat”

There has been big hue and cry after this. Vaghela of course has declared that he is misquoted and this is a “fabrication” by BJP to malign him.

These debates have been going on for long.

When I was in Assam, I often heard all other communities talking about Assamese as “Lahe Lahe” people.

Punalekar is not just critical but suggests how Marathi people can change their ways.

Patankar does not mention any controversy after publication of Punalekar’s article.

Mr. Minsiter, is this farmer in Thurber's picture from Maharashtra or Assam? 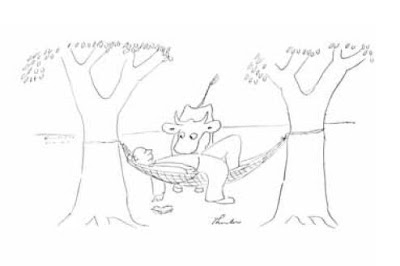