Times of India on October 26, 2007 reports: Revealing clothes a no-no in office.

“An IT company received complaints from employees who found the dressing style of some employees objectionable and distracting, and hence the need to formulate a policy. Women security personnel are being deployed to check women employees.

Mini-skirts, spaghetti-strap dresses, halter-tops are a strict no-no. Sleevless tops unless draped by a jacket are not acceptable. Irrespective of the choice of attire, clothes with very low necks and backs should not be worn. Skirts that end above the knees, transparent clothing, capris, pyjamas, trousers with cut-offs, low waist jeans are also not acceptable.”

It’s very obvious from above laundry list (!) that the code is largely meant to curb sex appeal of women employees to their young colleagues and not-so-young managers.

This is very simplistic.

In our society, men in power-at home, society and office- kept women, of all castes and colours, down for far too long, the way the Dalits were oppressed. Women like the Dalits now are fighting back. They won't follow men's rule-book for the fight!

When one spends most of her waking life at a workplace, she cannot be faulted if she sought few pleasures there.

Daily Mail of UK reported in February 2007: Forget hard work - women would rather flirt their way to the top.

“Forget the sisterhood - the majority of working women would rather have a male boss and flirt their way to the top, according to a survey.

Despite the fact that women often complain of inequality in the workplace, new research reveals that women will don high heels and rely on their feminine charms to get what they want.

Rather than combining strength with fellow female workers, they in fact see other women as the main competition.

As a result three out of five women would rather work directly for a man than a woman while a further 86 per cent would happily flirt with a male colleague if it meant they got their own way.

The survey, commissioned by magazine Harper's Bazaar, questioned 500 professional women with top jobs in finance, newspapers and healthcare about their attitudes to their office environments.

It found that while women continue to reach high-powered positions in the workplace, they are still prone to indulging in what could be described as typically female behaviour.

Crying in the loos was a common confession with 85 per cent of women admitting that they had locked themselves in the office toilet for a quick weep.

Despite striving for equality at work a third of women admitted to pretending to be less intelligent than they actually are to flatter a male ego and get ahead.

Seven out of ten women said that simply by wearing a pair of high heels to work they automatically felt more powerful and confident in their ability to deal with the working day.

Although only 58 per cent of women thought there was gender equality in the office, one in 25 admitted to selling out a female colleague for their own career gains.
Nearly 70 per cent confessed that they would secretly revel in seeing another colleague fail while one in five have taken the credit for someone else's work.

According to the research there is conflict between mothers and childless women in the workplace.

More than half of women thought that women with children held more power in the office to the disadvantage of those without. “ 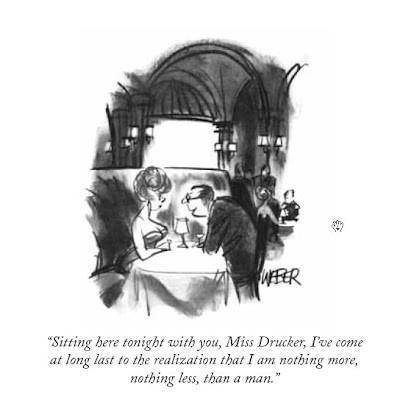