“Taufel bored with sledging: Citing an example of monotonous sledging, Taufel said, “I was in Pakistan recently with Andre Nel playing for South Africa against the Pakistanis. Andre unfortunately only had one line that he was dishing out to Shoaib Malik and the boys… so it got a bit monotonous there.

“We just had a chat to Andre and said to (captain) Graeme Smith, ‘Well, look he’s only traipsing out one line, it’s getting a bit boring.”

How I wish he were umpiring in 1981 Perth test between Pakistan and Australia when Javed Miandad attacked Dennis Lillee with his bat raised. (See picture below)

Currently, Simon Taufel is umpiring at Delhi test match between India and Pakistan. At the end of it, he can fly to Hyderabad to visit Andhra Pradesh assembly, and with luck, can hear following lively exchange between the current chief minister and his predecessor:

“Why are you feeling so restless. I will thoroughly expose you today…(so much so that)…you will feel ashamed that you were born to your mother, you will feel that you should not have born at all. This is just a preamble.” (Times of India July 24, 2007)

However, let us remember what Tanya Aldred claimed in The Guardian October 25, 2007: “Cricketers behaving badly beef up the game's appeal” 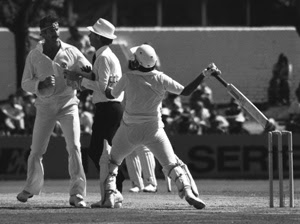 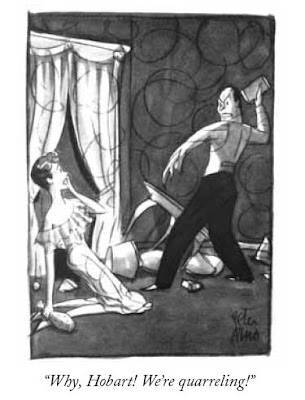