Norman  Cohn, ‘Cosmos, Chaos, and the World to Come: The Ancient Roots of Apocalyptic Faith’, 1993
“.....The Rig Veda has nothing to say about the common people -naturally enough, since it was composed by and for members of the privileged strata of society. To the privileged it offers a most agreeable prospect. Provided only that they had honoured the gods and made the proper ritual offerings, had been generous to the priests and fulfilled their proper functions in the world, such people had no cause to worry about the netherworld. On the contrary, they could look forward to an afterlife as happy as that which awaited the most fortunate members of Egyptian society.
Vedic Indians believed that each such individual had a spirit - an impalpable substance, like a breath. But though the spirit was distinct from the body, it did not desert it for ever at the moment of death. At death the spirit made its way to heaven, easily and pleasantly - and once arrived there it met its body again. Not even cremation could prevent that: so long as the corpse had not been injured by bird or beast, and the bones had been collected afterwards and correctly arranged, the whole body was reconstituted in the next world, ready for the spirit to re-enter. Then life was resumed.
The dead continued their lives in heaven, where they dwelt with the Fathers - the dead who had gone before them - and with Yama, the first man and therefore the first to die. Now he reigned, rather than ruled, in heaven. That blissful realm is repeatedly described in the Rig Veda: it is full of radiant light, and of harmony and joy. Its denizens are nourished on milk and honey and of course soma. They make love - all the more deliciously because they have been freed from every bodily defect. The sound of sweet singing and of the flute is readily available. There are even wishcows, which supply whatever is wished for. In short, the afterlife of the fortunate minority would be a much improved version of the life they had lived on earth - a life, too, that would be free, at last and for ever, from harassment by the restless agents of chaos.
But none of this had any bearing on the future of the world itself....” 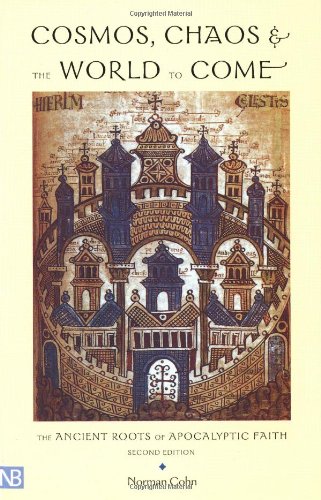