I often read about horse of Ashvamedha in my childhood. My idea of it was close to the picture below. "The hose was then let loose and the army followed it."
But it was confusing...surely the empire building did not depend on the random horse movements.

Karen Armstrong in her latest book clarifies it:

"...A stabled horse will always make straight for home, however, so the army was in fact driving the horse into territory that the king was intent on conquering. Thus in India, as in any agrarian civilization, violence was woven into the texture of aristocratic life..."
('Fields of Blood: Religion and the History of Violence', 2014)

So the poor horse was not really free to roam but was being driven  "into territory that the king was intent on conquering".

A load was lifted off my mind.

It's also important to add that sanitized versions of stories I read did not mention the horse slaughter ritual at the end. 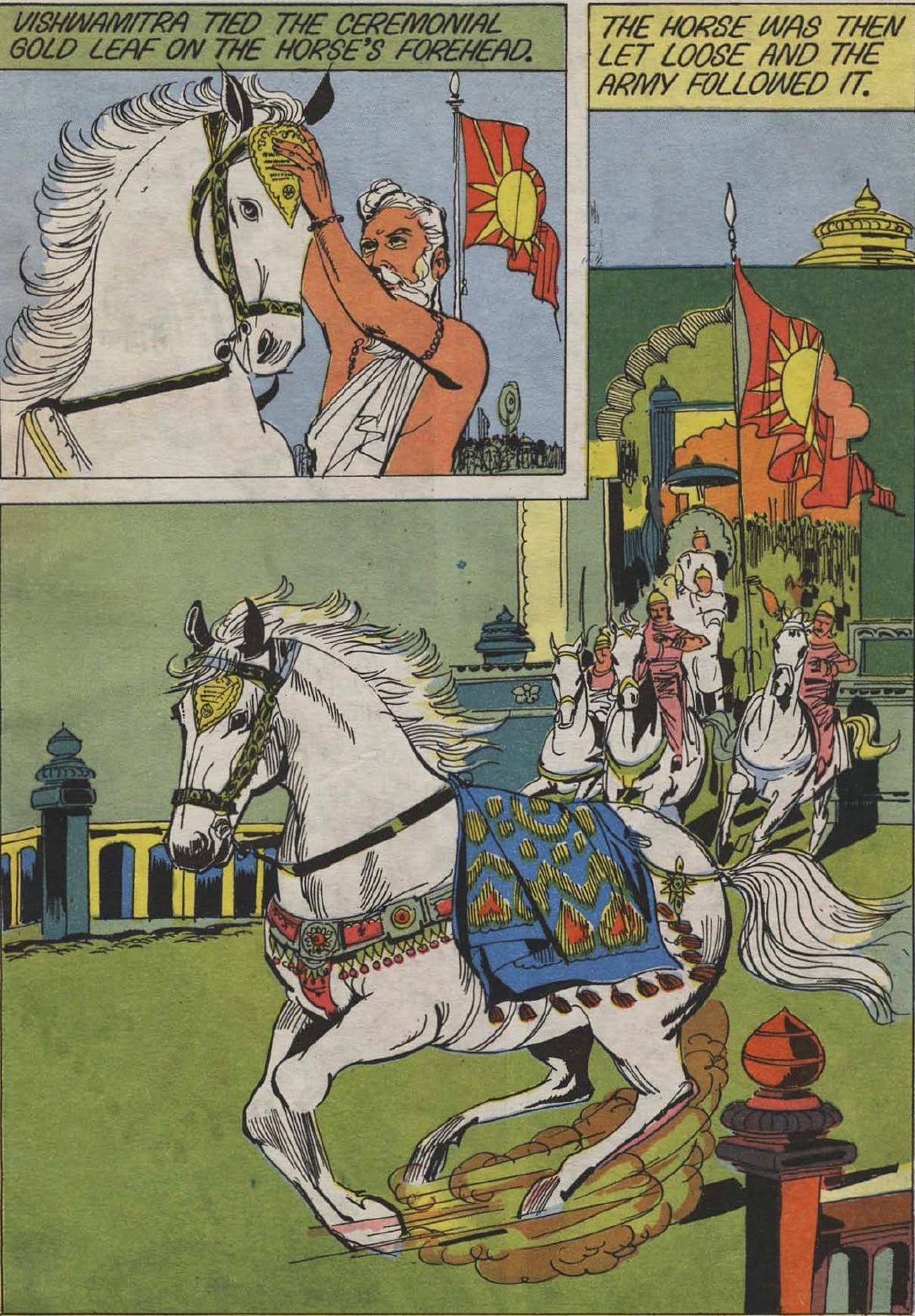 courtesy: Amar Chitra Katha title 'The Sons of Rama'
Posted by Aniruddha G. Kulkarni at 9:00 AM 1 comment: Links to this post