Five hundred years ago, in December 1513, Niccolò Machiavelli had completed writing 'The Prince'. 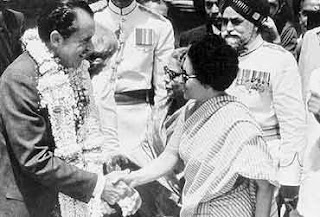 How warmly they greet each other, don't they?...Now read this:

"The voices of Kissinger and Nixon are the book’s most shocking aspects. Bass has unearthed a series of conversations, most of them from the White House’s secret tapes, that reveal Nixon and Kissinger as breathtakingly vulgar and hateful, especially in their attitudes toward the Indians, whom they regarded as repulsive, shifty and, anyway, pro-Soviet — and especially in their opinion of Indira Gandhi. “The old bitch,” Nixon called her. “I don’t know why the hell anybody would reproduce in that damn country but they do,” he said."

"...'The Prince', together with its companion, 'the Discourses on Livy', neither published until after his death, announces an enterprise affecting all human beings today: the creation of the modern world."

" The shocking lesson of The Prince isn’t that politics demands dirty hands, but that politicians shouldn’t care."

I still remember a lot of my fourth class history text book.

In a chapter on King Harsha Vardhana (c 590-647), the king was much praised for his charity- there even was a picture on the subject there- and bravery. Other than his crushing defeat against Pulakeshi II, it was all roses.

"...Apparently Rajya-Vardhana, the brother, was so overcome with grief over their father’s death that he declined the throne and opted to retire to a hermitage. Improbably he too, therefore, insisted that Harsha succeed their father. Yet from other sources, including Hsuan Tsang, it is known that in fact it was Rajya-Vardhana who succeeded. Bana, in short, protests too much. Perhaps he simply wanted to bolster Harsha’s legitimacy by suggesting that he was the direct heir. Or perhaps he had a less creditable motive. As a recent biographer delicately puts it, ‘it is hard to escape the conclusion that the unusual twists in the story … were rendered inevitable because of some episode uncomplimentary to the author’s hero.’ More specifically it may be that Bana was trying to lull suspicions, still current at the time he was writing, that Harsha had had a motive, if not a hand, in Rajya-Vardhana’s imminent removal..."

So it's not just Mahabharata but even pre-Islamic history of India too has some intriguing episodes!

Many Indians think Machiavelli's writings are like that of Chanakya/ Kautilya. That is not correct. 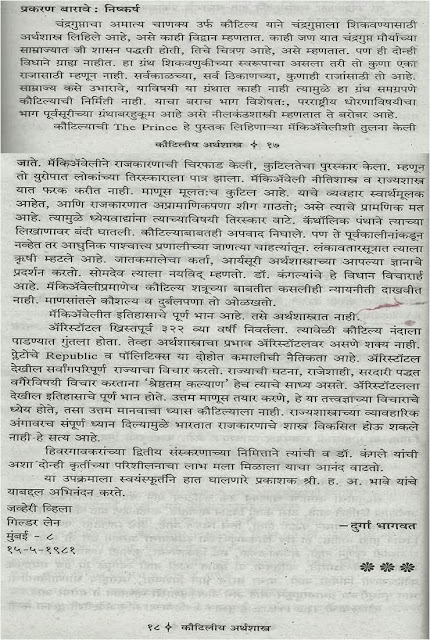 Ms. Bhagwat says there is a sense of history in Machiavelli's writings, as also in Aristotle's, while there is none in Kautilya's.  And I feel this lack of historical sense is a major drawback of  Kautiliya Arthashastra.

"...Virtually all Berlin's work in the history of ideas revolves around what he sees as the greatest revolution in our basic outlook since the Renaissance: the rebellion against monism. The writer whose work, for Berlin, contains the earliest premonitions of this shift is Machiavelli. He, Berlin tells us, was probably the first to juxtapose starkly two mutually exclusive systems of morality: Christian ethics, which aim at the perfection of the individual life; and those of Republican Rome, which aim at the power and the glory of the body politic. No criteria exist for choosing between these two equally valid systems. It is this, and not Machiavelli's 'Machiavel­lianism', that has exercised us ever since. It marks the first irreparable fracture in the belief in a single universal structure of values..."
I feel this 'fracture in the belief in a single universal structure of values' , the absence of  Machiavelli from Indian thought process leaves most Indians somewhat bemused talking about politics. They don't know how to interpret almost complete lack of morals and ethics in contemporary politics, business, sports etc.

It's no coincidence that the best commentary on Indian politics, by some distance, is a Hindi novel 'Raag Darbari', 1968  by the late Mr. Sri Lal Sukla, For Indians, only high class satire and irony of Sukla could capture what Machiavelli calls 'the possible or realistic' in post-1947 India.

It's for the same reason that cartoonists R K Laxman and the late Abu Abraham were the best political commentators for their respective national newspapers as long as they were active or alive.

John Gray says, "In the view of most liberal thinkers today, basic liberties and equalities should be embedded in law, interpreted by judges and enforced as a matter of principle. A world in which little or nothing of importance is left to the contingencies of politics is the implicit ideal of the age...".

Most Indian liberal media and their 'guests' too think the same.

But the trouble is "that politics can’t be swept to one side in this way. The law these liberals venerate isn’t a free-standing institution towering majestically above the chaos of human conflict. Instead – and this is where the Florentine diplomat and historian Niccolò Machiavelli comes in – modern law is an artefact of state power."

I don't know if Niccolo Machiavelli (1469-1527) has been translated into Marathi. And even if he has been, I don't see any high-profile writer or speaker or TV anchor referring to him.

Francis Fukuyama, the author of 'The End of History and the Last Man', says about Machiavelli :

"The Florentine was the first philosopher decisively to break with the Aristotelian-Thomistic tradition that saw the end of politics as promotion of a good or flourishing life. Not wanting to base his regime on “imagined republics”, Machiavelli deliberately lowered the horizon of politics to the pursuit of what was politically realistic. He was one of the first to see that domestic politics would be driven by the ruthless demands of foreign policy. We cannot rescue a “moral” Machiavelli by pointing to his references to the “common good”. That good was not based on a substantive view of a good life; it was simply instrumental to the ability to dominate others. This banishment of the good in favour of the possible or realistic is what in fact links Machiavelli to modern liberalism, and hence to us."

Once we understand this- "...'common good' was not based on a substantive view of a good life; it was simply instrumental to the ability to dominate others" or "in politics, power was the effective principle", we can understand the politics around us much better.  Every action of every person in power- lawmakers, opposition, civil servants, cops, industrialists, media barons, judiciary etc-  seems explained.

(I have often wondered if Nana knew about  Machiavelli.) 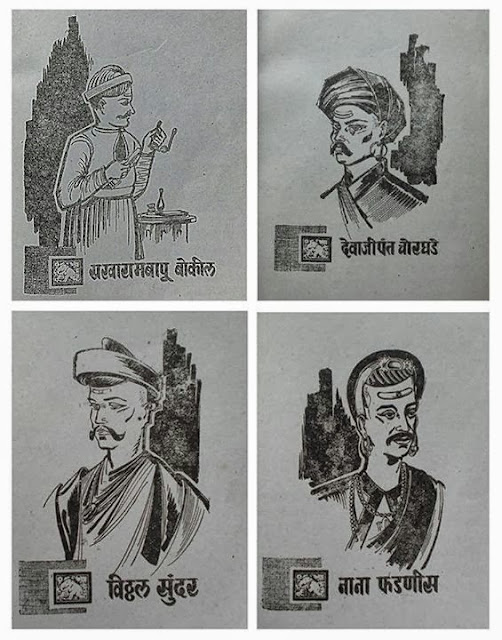 If Indian media understand all this and still devote so much of time to "the minutiae of party politics", surely they see all this as pure entertainment and their claim, if any,  to being reformist is pretentious.

On the other hand, if they don't understand this, it is quite naive.

But can we avoid this "dirty" politics? Is there alternative to it?  Can we clean it?

John Gray again: "The true lesson of Machiavelli is that the alternative to politics is not law but unending war." And hence we have to keep "playing" it. I don't think we can "clean" it either.

We in India know impermanence (अनित्य) of it all... नीचैर्गच्छत्युपरि च दशा चक्रनेमिक्रमेण...We don't have to go to Machiavelli to learn that. But if we do, as John Gray explains again, "Machiavelli believed that history follows a cyclical pattern in which old civilisations decay and die, while new ones are born in chaos and violence..."

So there is always hope...of the next cycle, whenever that begins. 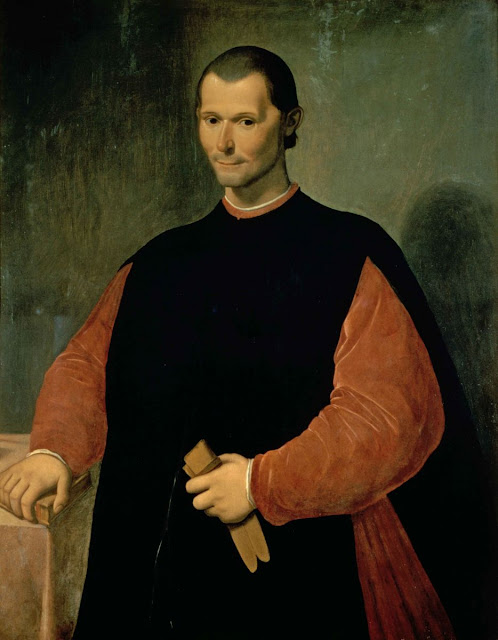 courtesy: Wikimedia Commons
Posted by Aniruddha G. Kulkarni at 9:00 AM No comments: Links to this post