Did Mario de Miranda ever get to sit in the Bulb?

Whenever I got a chance, I read "The Illustrated Weekly of India" in 1970's as a schoolboy. My father either got them from where he worked or from 'raddi' (रद्दी) at M/s Chougule grocery store at Miraj (मिरज).

I still remember its coverage of India's victorious cricket tour of England in 1971. Raju Bharatan wrote the story that had some luscious pictures of England's green-top wickets where English fast bowler John Price knocked out stumps of a couple of India's batsmen and Eknath Solkar (एकनाथ सोलकर) took some breathtaking catches at forward shortleg.

I knew Khushwant Singh was TIWI's editor in 1970's but I never read his column then. However, I always stopped by and gazed at Mario's illustration on the "Editor's Page"...a pile of books, a bottle of scotch, and a girlie magazine...It was so funny and yet intriguing... 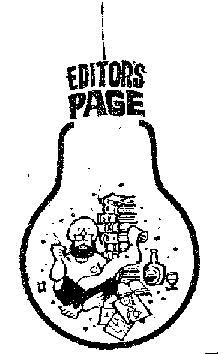 I never sought them but I kept coming across Mr. Mario's pictures. When they were big and complex, I read them like a matrix- first by rows -left to right and then by columns- top to bottom. I didn't want to miss out any detail. It was like reading the frontpage of a newspaper.

I never considered him a great cartoonist like Vasant Sarwate (वसंत सरवटे), Abu Abraham and R K Laxman- his contemporaries- but he never failed to make me smile.
Posted by Aniruddha G. Kulkarni at 12:35 PM No comments: