Indian Museum, Calcutta. This time they could not bury it!

The only place I really like to take visitors to Pune is classy Kelkar museum. Aga khan Palace flatters to deceive.

Pune has not bothered to preserve almost anything else. Shaniwar-wada- once the most powerful habitation in whole of South Asia- is a ghostly relic.

In Calcutta, I really liked visiting Belur Math and Indian Museum. I must have visited them half a dozen times each.

And I must confess I always smelt a rat at the museum. It is too rich to escape the attention of India’s highly corrupt government servants. Before I came to live in Calcutta, I had seen rampant corruption in Assam and knew that West Bengal if anything was even worse. (I have never seen more corrupt person than Calcutta-based resident manager of the multi-national company where I worked.)

“…it's not just artifacts that are coming out of the cavernous vaults of the 194-year-old Indian Museum in Calcutta. Now that the Union ministry of culture has ordered a full audit of all the art treasures in this oldest museum in the Asia-Pacific region, a number of skeletons are also tumbling out. Among the objects missing from the vaults are some priceless relics dating to the Indus valley civilisation, sculptures, and gold and silver coins. And some recent acquisitions, shown in the books as ancient, for which the museum paid crores of rupees, have now been discovered to be not even five decades old!

The CBI, which started probing complaints of financial irregularities in end-2006, has now also unearthed a Rs 22 crore scam in purchase of security and other equipment, printing and travel expenses,

… The CBI probe revealed that some senior officers of the museum had amassed huge properties. The agency's sleuths found Rs 1 crore in cash at the residence of the former keeper of the museum's anthropology gallery. The design and drawing officer—suspended earlier this month—had recently purchased 3.25 hectares of land in the city's suburbs.

…Shockingly, senior officers used to remove priceless relics from the galleries and display them in their chambers and, if some employees are to be believed, in their homes as well…” 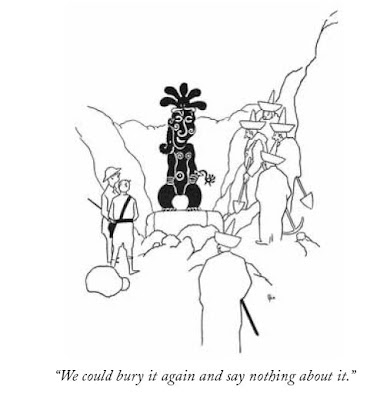 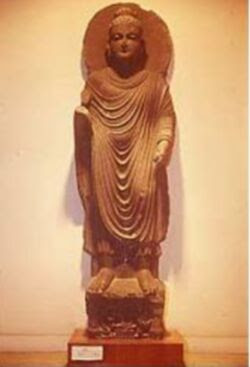 missing: seventh century sandstone bust of the Buddha
Posted by Aniruddha G. Kulkarni at 9:00 AM 2 comments: Links to this post