As I have said earlier the late P L Deshpande, wrote about other entertainers- Bal Gandharva (legendary large-hearted Marathi stage artist), masters of Hindustani classical such as Kumar Gandharva; Bhimsen Joshi; Mallikarjun Mansur; Vasantrao Deshpande among others. But he never wrote about Hindi films and their music.

What a loss. Of Pu La and his fans!

"...The ncert is now trying to bring in mainstream Indian films with political and social themes to enable students to have a wider understanding of political history and emerging socio-economic scenarios...

...Of the nine chapters in the class XII political science text book, eight have a movie suggestion. The 1973 Garam Hawa is featured in the chapter on ‘Challenges of Nation Building’. The Balraj Sahni-starrer Haqeeqat (1964) based on the 1962 Sino-Indian war, which portrays the struggle of a small group of Indian soldiers, is part of ‘India’s External Relations’. The Amitabh Bachchan-blockbuster Zanjeer that depicts the struggle of an innocent police officer against the system is included in ‘Challenges of Restoration of the System’...

...The Om Puri and Naseeruddin-starrer Aakrosh, a powerful tale of exploitation and miscarriage of justice, and the Satyajit Ray classic Pather Panchali, a portrait of life rich in experience, but lived amid poverty, are under ‘Politics of Planned Development’..."

Students indeed should learn how bad any war is and I think there is no better place to start the process than watching Haqeeqat. Similarly, Aakrosh (1980) will tell them more about fairness of Indian judicial system than any thing else...

Many aspects of good Hindi cinema are highly under appreciated. 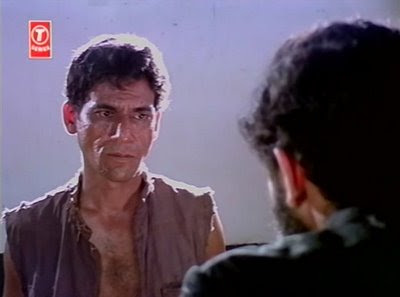