On a Clear Day I Can See Mona Lisa's Sisters !


"...In his foreword, Gekoski tells the story of Kafka and Max Brod’s visit to the Louvre in 1911. The pair travelled from Milan and queued to get into the room that housed the “Mona Lisa”. Eventually, they pushed their way to the front. But they had not come to see the painting: they had come to see its absence. One week earlier, it had been stolen..."

(review of Rick Gekoski's 'LOST, STOLEN OR SHREDDED- Stories of missing works of art and literatur')

"On a Clear Day I Can't See My Sister" is the eleventh episode of The Simpsons' sixteenth season, that originally aired on March 6, 2005.

It had the following image: 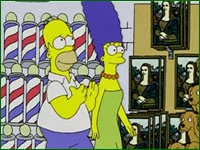 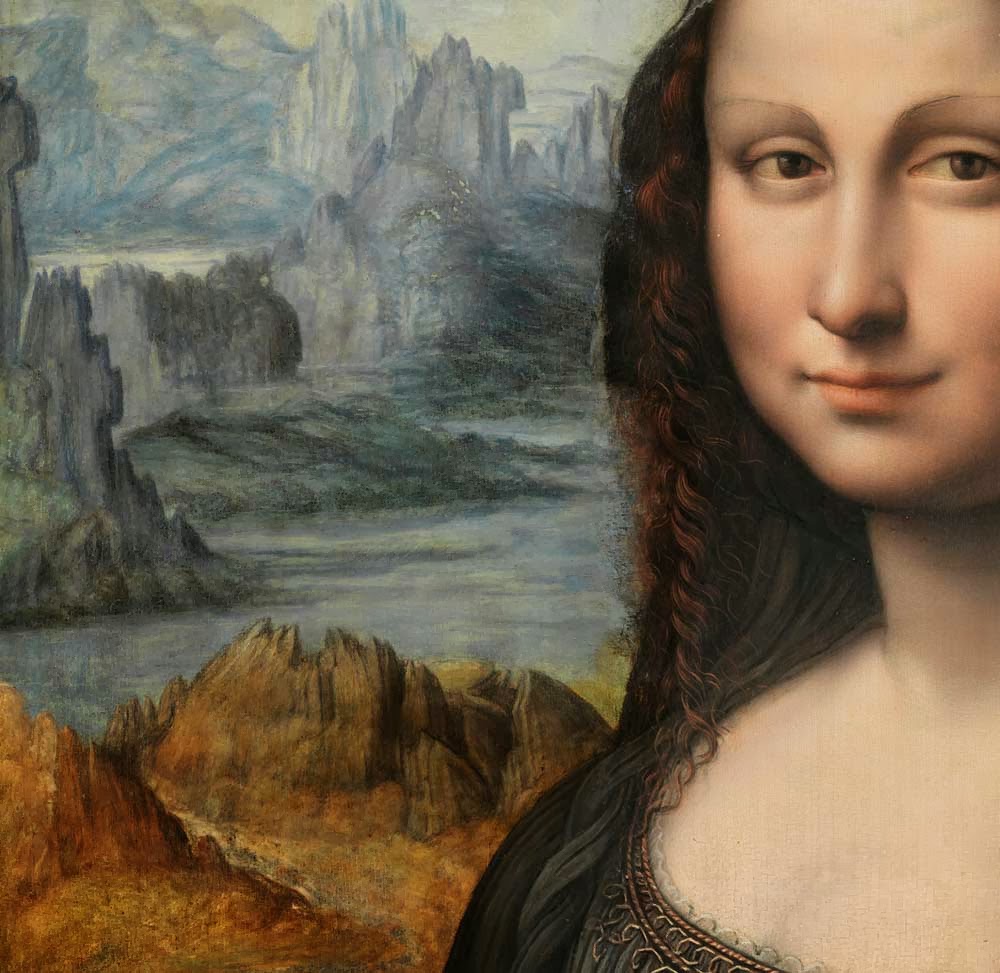 "The Mona Lisa at the Prado in Madrid was thought to be just another fine copy, with added eyebrows and an odd black background. But curators at Spain's national art museum yesterday announced a startling discovery: the painting was actually executed by an artist in Leonardo da Vinci's workshop at the same time as the original."

Before I came across the above, I had discovered one more 'sister' of Mona Lisa ! 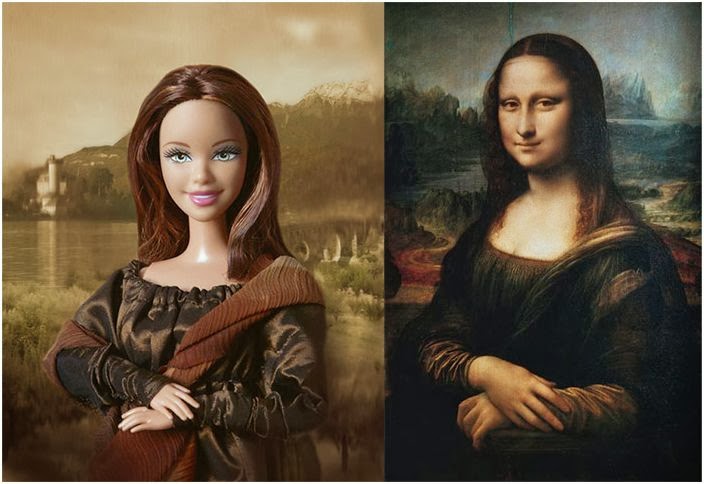 "This design needed time to take root, as often. The whole story began one day, in November 1967, with a present, all tenderness.

It was pink, vaporous and extremely delicate. With the patience of an angel, my mother had secretly knitted a dressing gown and tiny bootees for my Barbie. It seems to me there were more clothes, but these bootees, with their little pink knots on top totally fascinated me.

Then I grew up. The doll vanished, but I kept in mind the elegance and grace of my Barbie as well as a little bootee deep down my secret box.

One day, the idea of extending the happy part of my childhood through pictures I love took shape. Barbie is often criticized for being too blonde, too superficial, too skinny, too “ideal marketing”, too “this” and too “that”…. My aim was to adjust this so famous profile to different emblematic representations.

Here’s my personal contribution as a birthday present to my mascot, Barbie, superimposed on the vision of artists whose work I greatly appreciate.

Let me thank them all for creating such intense pictures. Many thanks to Ruth Handler for creating this dolly model that enraptured me throughout my childhood."
Posted by Aniruddha G. Kulkarni at 9:00 AM No comments: Links to this post