"Other animals do not need a purpose in life. A contradiction to itself, the human animal cannot do without one. Can we not think of the aim of life as being simply to see?"

"Learning a well-developed language with a global reach releases enormous energies from people who remained suppressed for long years...The richness of English, its global reach, the extent and variety of knowledge available in it, allow its learners to aim high, experiment and try out or embrace innovative ideas..."

"Were it not for imagination, Sir, a man would be as happy in the arms of a chambermaid as of a Duchess."

"In a few hundred years or less books will be a thing of the past. There was a time when poets communicated with the world without the medium of print; the time will come when they will communicate silently, not as poets merely, but as seers. What we have overlooked, in our frenzy to invent more dazzling ways and means of communication, is to communicate.
No, the advance will not come through the use of subtler mechanical devices, nor will it come through the spread of education. The advance will come in the form of a breakthrough. New forms of communication will be established. New forms presuppose new desires. The great desire of the world today is to break the bounds which lock us in. It is not yet a conscious desire. Men do not yet realize what they are fighting for. This is the beginning of a long fight, a fight from within outwards."


For Marathi daily Loksatta (लोकसत्ता),  Abhinavgupt (अभिनवगुप्त)  has reviewed this blog on December 17 2012. If you read Marathi, you may read it here. The title of the piece is "kulkarnyanch loni" (कुलकर्ण्याचं लोणी)..."Kulkarni's Butter". (From this title comes mine...cholesterol, greasy etc.)

It always feels nice to receive attention from the mainstream media and I was mildly excited for a couple of days after reading it.


I have now decided to comment on that review a little dispassionately. I begin with my overall impression.

Abhinavgupt  has done the review with great sensitivity, affection and after studying many posts on the blog. At a couple places, he showers high praise on me that I mayn't deserve. He has largely captured essence of the blog in his almost poetic summary. In short, that review is so effective that it will mildly influence my future blogging.

Thankfully, at the heart of the piece, he mentions cartoons and humour because most of the feedback I have received from others does not even mention either of them! They comment only on my words and thoughts. However, my blog is primarily about visuals that include cartoons.


The review correctly points out quirkiness of the blog. I particularly liked the imagery of how one has to keep jumping from one point to another while reading the blog. I felt as if I turn my readers into hopping frogs!

Artist: Brant Parker and Johnny Hart, "The Wizard of Id"

(remember readers, even after that it could still work out because I too am a frog.)

Another explanation for this has come from my friend and fellow-blogger Jamuna Inamdar. She wrote to me on February 14 2013:

The review also correctly points out how a typical blogpost here is a collection of bullet-points (मुद्दे).

It's so because I am a 'drawing-challenged' person who is trying to draw a cartoon! I can't and this is what I end up with. I have to use clutches of all kinds. I also have to be brief.  And above all I am very lazy.

Lewis Lapham recently explained what "Lapham's Quarterly" was in a recent interview:

"...What it is is the great books made topical. I mean I take a subject in the news – war, money, politics, nature, medicine – and then assemble texts. My contributors are people like Escalus, Cicero, Gibbon, Machiavelli and Shakespeare. It’s based on my notion that – it’s actually the notion of the German poet Goethe – he’s talking about history and he says, "History is our inheritance. The story on the old walls, or printed in the old books, is also our own story.’’
And Goethe says, ‘He who cannot draw on 3,000 years is living hand-to-mouth..."

On this blog, I TRY not to live  hand-to-mouth. And in that, I take generous help of all those people- many of them dead- about whom I know a bit about.


The blog is targeted first at my restless soul, particularly since my mother's death in 2006 and then at the rest of the world. It's a therapy for me. Sure, readers- to name a couple Vasant Sarwate, Avadhoot, Mangesh Nabar, Jamuna Inamdar, Nikhil Bellarykar-  and reviews encourage me and I am grateful to them but they are not indispensable.

Using this vehicle, I attempt to take my small test-tube world to the larger world out there. And that larger world starts just beyond  the borders of  Western Maharashtra!

There were (are) a few readers of the blog who wanted me to write this blog in Marathi and I never gave it much consideration.

Here are a couple of reasons for that decision:

Most educated young Indians now are bilingual or trilingual. (My son's generation-b 1994-  is more comfortable reading English than Marathi or Hindi.)


Secondly, do Indians know enough about fellow Indians such as the geographies they live in or their distinct histories or their rich and beautiful languages? Do we respect culture of each other enough? For instance, major floods in  erstwhile 'Marathi' districts of Northern Karnataka ('Bombay-Karnataka') are hardly covered in Marathi newspapers printed in Southern Maharashtra!

The Loksatta review gives an example of a Dutch blogger but I have received more feedback on this blog from non-Marathi speaking Indians- Hindi, Bengali, Tamil, Kannada, Assamese- than non-Indians.

A person claiming to be a descendant of great Ibrahim Khan Gardi has thanked me for my post on Panipat, 1761. When I got that feedback, I felt as if Mr. Gardi came out of his unmarked grave- a bit dusty alright- and hugged me!


This was possible only because the blog was bilingual.

There is another reason why I started writing this blog:  I was bored with what I was reading and watching in so called 'Marathi world', its incestuous nature, meaning excessively close and resistant to outside influence. The same actors (brands?) performing the same play on the same stage saying the same dialogues in front of the same audience at the same time. I was not being a rebel, I was simply bored.


("In stuffy, shallow and shadowed-with-inbreeding environment of Marathi poetry, Rege's poetry was whiff of fresh wind. That wind has now stopped blowing.")

I wanted to write like D G Godse (द  ग  गोडसे), M V Dhond (म  वा  धोंड), Rege and Arun Kolatkar (अरुण कोलटकर). Choosing my subjects, my medium, my words...blundering my way through...(Abhinavgupt interestingly says in the review that the blog throws up some new possibilities in the area of blog writing.)

Early in the life of this blog, some readers insisted that I wrote about Baba Amte (बाबा आमटे) when he died. I refused because although I know a bit about him and have abiding respect for his work, I had nothing to say about him. I still don't. Those readers were so offended by my response that I think I lost them permanently.

For me, probably like Bhau Padhye (भाऊ पाध्ये), all the life is at par. Crows and pigs in my neighborhood are as interesting as velociraptors in a Spielberg movie and hippopotamuses on National Geographic channel.


Towards the end, the Loksatta review talks about what "ultra-rebels" (अल्ट्रा-बंडखोर) might think about this blog.

I don't quite understand what the system and the rebels have to do with this. My blog is what the title says: I am looking at visuals, trying to make sense of this complex, confusing, cruel world and surviving while having  a bit of fun...as I have quoted Mardhekar poem at the start: "नळीतलें जग नळीत जगतें"...I very much live and write in a test-tube...'उगाच दावा मानवतेचा'...Not me, I make no claim.

If in the process, I have been able to take a small part of my culture to the larger world, I am happy for it but,  if not me, and there is no modesty in this, some one else would have done it anyway.

Recently, I read "...Five months before he died, Paul Cézanne attended the unveiling of a bust of Émile Zola, his old soulmate, at the Bibliothèque Méjanes in Aix. Numa Coste, friend to both, addressed the gathering. He reminded the attendees of Zola’s autumnal insistence that “one thinks one has revolutionized the world, and then one finds out, at the end of the road, that one has not revolutionized anything at all.” The elderly painter cried at the words..."

And finally is there is a book in me? 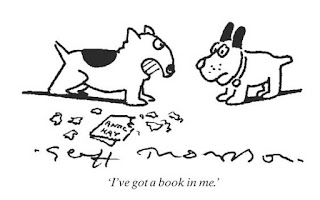 In case, you read Loksatta article and  are curious to know about the posts from this blog referred there, here are the web links: