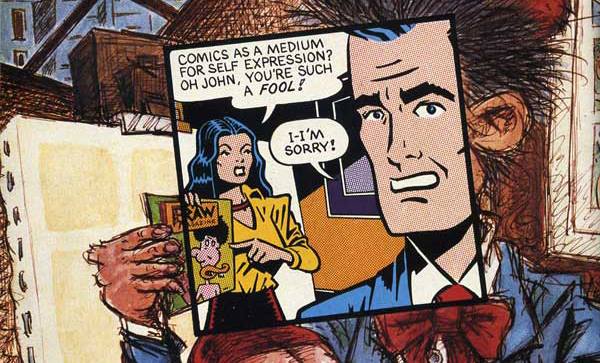 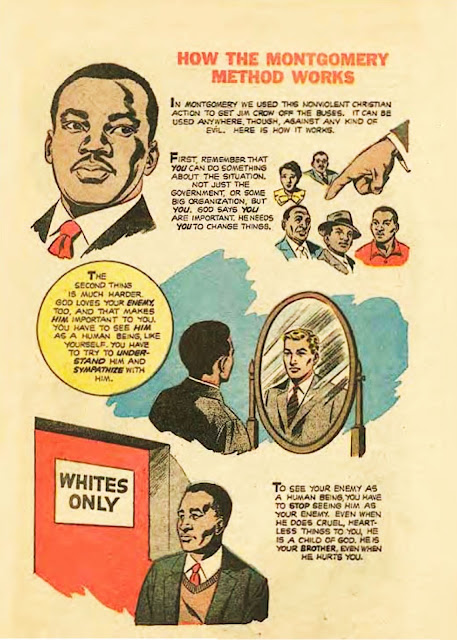 त्याची ओळख कशी करून दिलीय ते पहा :
"The Fellowship of Reconciliation was formed in England in early 1914 in a failed attempt to prevent the outbreak of World War I. The following year, they opened up their American branch of the organization and have been serving the public good ever since. In the 1950s, they were directly involved with Martin Luther King Jr. in the Montgomery Bus Boycott of 1955-56. It was while working with Dr. King that the Fellowship’s director of publications, Alfred Hassler, came up with a brainstorm. He pitched the idea of producing a comic book that could serve to spread the message of the boycott. Essentially, he wanted to create a guidebook for nonviolent protesting.

Hassler worked with Toby Press to produce the comic book. Legendary cartoonist Al Capp lent a few artists from his studio to draw it. Dr. King gave his own feedback on the comic book as well. The published work was a 16-page publication called Martin Luther King and the Montgomery Story. It opened with a short biography of King’s life, then an “everyman” account of the Montgomery Bus Boycott, followed by a detailed guide to how to do a nonviolent protest like the bus boycotts. 375,000 copies were printed — 250,000 in English and 125,000 in Spanish — and they were distributed through African-American schools, churches, and civil-rights groups. The protesters who became known as the Greensboro Four, who helped to desegregate Woolworth’s in North Carolina by having protest sit-ins, specifically cited The Montgomery Story as the direct inspiration for their actions. The success of the comic led to countless other political groups using comic books to express their message to the masses. Recently, in honor of The Montgomery Story, Representative John Lewis used comics to tell his autobiography in the award-winning and best-selling graphic memoir series, March."