"Robert Mitchum was said to be an impossible interview, but I loved to spend time with him, because he didn't give a damn. He would say whatever he felt like saying, interview or not, didn't care if he was quoted, and would talk to you again. That's one reason he became such a larger than-life character: He wasn't protected by hovering press agents and thirtysecond sound bites...

...A 11 week people have been asking me who I liked better Jimmy Stewart or Robert Mitchum. I wouldn't play the game. They were both one of a kind. Each had a style, a grace, a bearing, a voice, a face, a walk, that was unmistakable and irreplaceable. To be forced to choose between them simply because of the unhappy coincidence of their deaths is meaningless. Who would you choose: John Wayne, or Jimmy Cagney? Bette Davis, or Marilyn Monroe. See what I mean?

Luckily for me, I have seen both and Mr. Ebert is right, Mr. Mitchum is just outstanding in both.

Indeed, since I watched these films in this century, I realized how every aspect of the best Hindi films was influenced by Hollywood films, especially film noir. 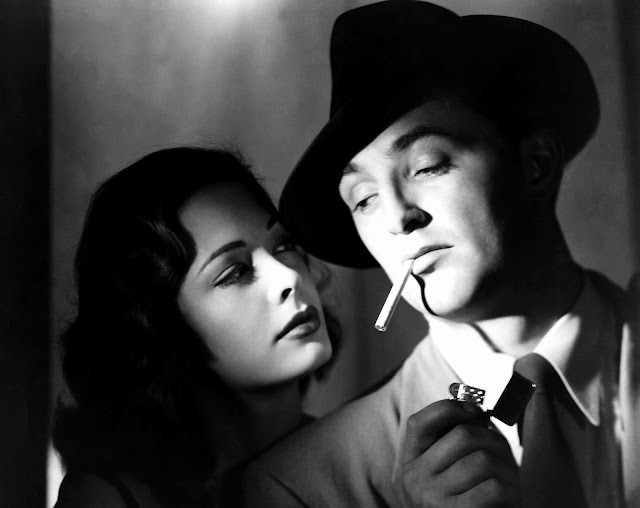 One of the very best, with Jane Greer,  Jacques Tourneur's 'Out of the Past'