I’ve been pretty frustrated by all of them, not due to the copycat factor but because I haven’t been able to win..."

I can understand Mr. Mankoff's frustration.

I wonder when did the first picture (photo, cartoon...) caption contest debut anywhere in the world?

For me it started in children's magazine 'Chandamama'. Marathi version of it 'Chandoba' (चांदोबा) was launched in April 1952. (Past issues of Chandoba are available here.)

I don't know in which month's issue the caption contest was launched but when I started reading the magazine, c 1967, it was well established.

In Marathi, it was called 'photo jodanaave chadaaod' (फोटो जोडनावे चढाओढ). I think as a family we tried to win the contest by attempting it a couple of times but failed.

Here is a typical contest: 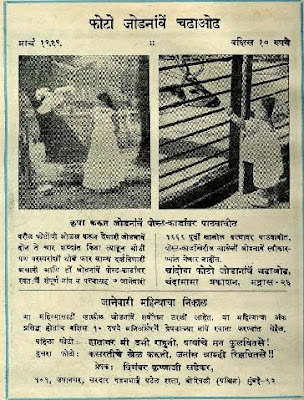 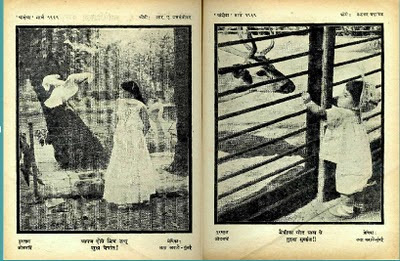 (p.s. Today they may get an entry saying that we shouldn't encourage feeding animals in captivity at zoo!)
Posted by Aniruddha G. Kulkarni at 9:00 AM 7 comments: