Joseph Conrad: "...In this world — as I have known it — we are made to suffer without the shadow of a reason, of a cause or of guilt.... There is no morality, no knowledge and no hope; there is only the consciousness of ourselves which drives us about a world that... is always but a vain and floating appearance....
A moment, a twinkling of an eye and nothing remains — but a clot of mud, of cold mud, of dead mud cast into black space, rolling around an extinguished sun. Nothing. Neither thought, nor sound, nor soul. Nothing.

. . . No, it is impossible; it is impossible to convey the life-sensation of any given epoch of one’s existence—that which makes its truth, its meaning—its subtle and penetrating essence. It is impossible. We live, as we dream—alone. . . .”

And so once one clown.

His life was aptly described by a poet.

("Punctured though night is by lightbulbs,
Someone keeps pumping darkness;
Though laughter crazed,
tears bark alright.")

He then fell ill.

He knew the saying: laughter is the best medicine.

But one day that medicine stopped working. 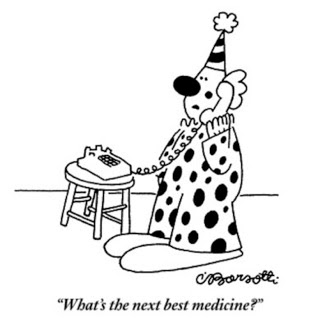 Some more days passed and then one day... 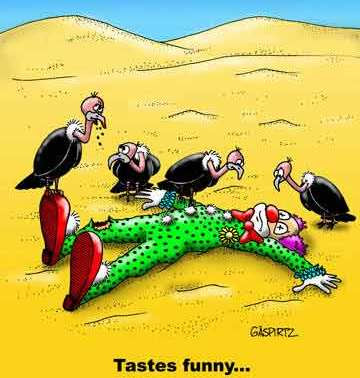 He was often heard quoting a borrowed line: life is habit – that it is all just a series of motions devoid of meaning.
Posted by Aniruddha G. Kulkarni at 9:00 AM No comments: