Human Story is NOT a March Toward some Culminating Idea

David Brooks has written a beautiful essay-“ Where History Reigns”-for NYT May 8, 2007.

He writes: “…History, in the British public culture, takes precedence over philosophy, psychology, sociology and economics. And with a few obvious exceptions, British historians have not seen history as the unfolding of abstract processes. They have not seen the human story as the march toward some culminating idea.

Instead they’ve seen history as a hodgepodge of activity — as one damn thing after another. As a result, George Orwell generalised, the English "have a horror of abstract thought, they feel no need for any philosophy or systematic ‘worldview’." This isn’t because they are practical — that’s a national myth, Orwell wrote — it’s just that given the stuttering realities of history, they find systems absurd.

Even philosophers in Britain tend to be sceptics, and emphasise how little we know or can know. Edmund Burke distrusted each individual’s stock of reason and put his faith in the accumulated wisdom of tradition. Adam Smith put his faith in the collective judgment of the market. Michael Oakeshott ridiculed rationalism. Berlin celebrated pluralism, arguing there is no single body of truth.

The Brits’ historical consciousness means that in moments of crisis they can all swing together and act as one. But in normal times, as Orwell also noted, "the gentleness of the English civilisation is perhaps its most marked characteristic." Americans talk of "happiness," but Brits talk, less transcendentally, of "enjoyment."

American journalists, for example, are spiritually descended from Walter Lippmann. We are always earnestly striving toward some future elevated state. British journalists are spiritually descended from Samuel Johnson. They are conversationalists enjoying the inevitable conflicts that, as W.C. Sellar and R.J. Yeatman put it, pit the wrong but romantic against the right but repugnant.”

I wish we Indians became a little more like Brits in this regard.

Next only to fanatic religionists, we must be craziest hero-worshippers. We put our heroes on pedestals, beyond any reproach.

In the process we forget: Every hero-alive or dead-is human, Has a funny side, Is full of innate contradictions.

Maybe this is one reason our humour is not as robust as it used to be. 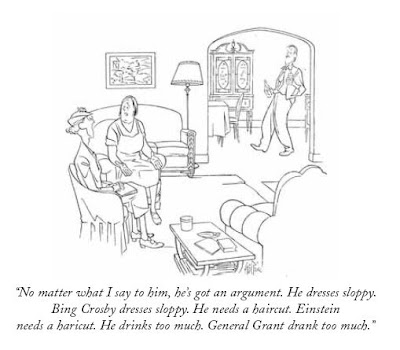