“Who seeks for heaven alone to save his soul,


May keep the path, but will not reach the goal;


While he who walks in love may wander far,


Yet God will bring him where the blessed are.”

That story was first published in Marathi literary magazine, now defunct,  'Satyakatha' (सत्यकथा) in August 1975. It then became part of his book 'Pinglavel' (पिंगळावेळ), 1977.

But I did not know that it was not the first story GA published with the title of 'Yatrik'.

This is how the story was introduced by the editor Mr. M. M. Kelkar: 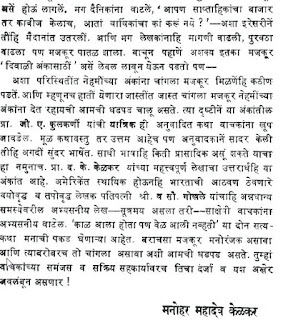 Sadly and surprisingly, Henry van Dyke is not even mentioned any where! The credit is normally given like this: 'Original novella : Henry van Dyke, Translator: G. A. Kulkarni' ( 'मूळ लघुकादंबरी: हेन्री व्हॅन डाईक, अनुवादक: जी ए कुलकर्णी)

Also note that van Dyke died in 1933. Therefore, his story was not in public domain in India in October 1960! 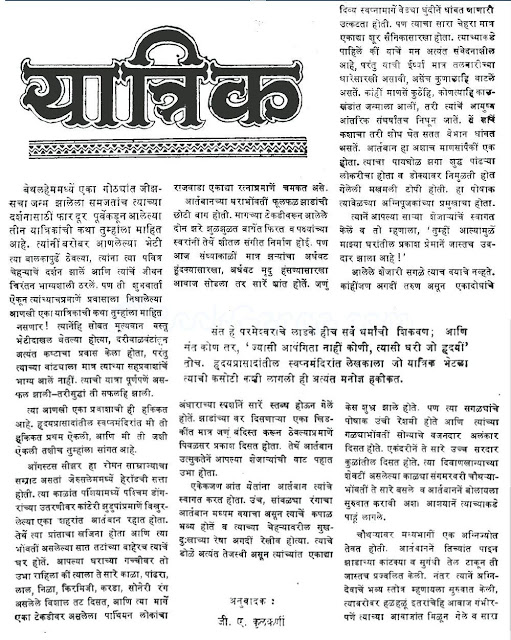 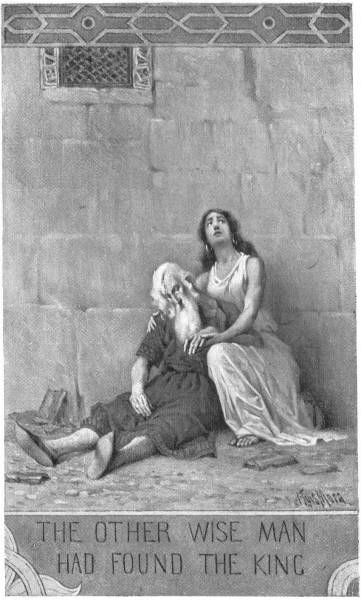 Artist: Unknown to me and name not found in the book itself on Project Gutenberg
Posted by Aniruddha G. Kulkarni at 9:00 AM No comments: