“....Consider the anatomical site of orgasm in human females.


As women have known since the dawn of our time, the primary site for stimulation to orgasm centers upon the clitoris. The revolution unleashed by the Kinsey report of 1953 has, by now, made this information available to men who, for whatever reason, had not figured it out for themselves by the more obvious routes of experience and sensitivity.


The data are unambiguous. Consider only the three most widely read of extensive surveys—the Kinsey report of 1953, Masters and Johnson's book of 1966, and The I file Report of 1976. In his study of genital anatomy, Kinsey reports that the female clitoris is as richly supplied with sensory nerves as the male penis—and therefore as capable of excitation. The walls of the vagina, on the other hand, "are devoid of end organs of touch and are quite insensitive when they are gently stroked or lightly pressed. For most individuals the insensitivity extends to every part of the vagina."


(‘Male Nipples and Clitoral Ripples’ from Bully for Brontosaurus, 1991)

Byron Rogers: "...The Victorians, or at least those who wrote on the subject, believed men had only a finite reservoir of semen which had to be husbanded (nice irony, that). It was not just a matter of conservation; the stuff leaked out (which meant that well into the 20th century libertines like Frank Harris tied cords round their cocks). Circumcision was extolled as a means of preventing masturbation.
Then there was Kinsey who did not believe in conservation at all but in the principle of ‘use it or lose it’, and directed his researchers into multiple use with volunteers. For sex had come into the laboratory. A scientist injected himself with the crushed testicles of dogs and guinea pigs and claimed this made him pee 25 per cent further...."

विकिपीडिया आपल्याला सांगतो: "The Kinsey Reports, which together sold three-quarters of a million copies and were translated in thirteen languages, may be considered as part of the most successful and influential scientific books of the 20th century." 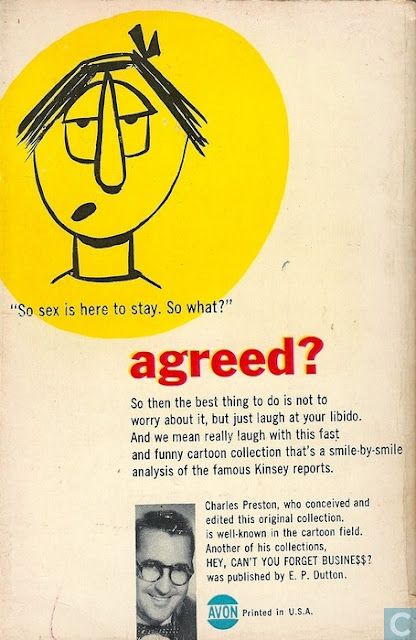 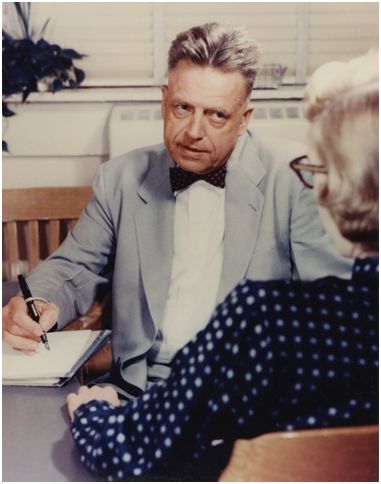 courtesy: William Dellenback / The Kinsey Institute
Posted by Aniruddha G. Kulkarni at 9:00 AM No comments: Links to this post