...Not With Topless Chorus Girls but Polar Bear & Her OffSpring... Peter Arno @113

(By the way, the late Vasant Sarwate वसंत सरवटे told me how Arno was one of his favorites and that he had a book containing Arno's cartoons which he had bought when he was a student of College of Engineering, Pune)

Graham Greene:
“When we are young, we are a jungle of complications. We simplify as we get older.” (“The Quiet American”) 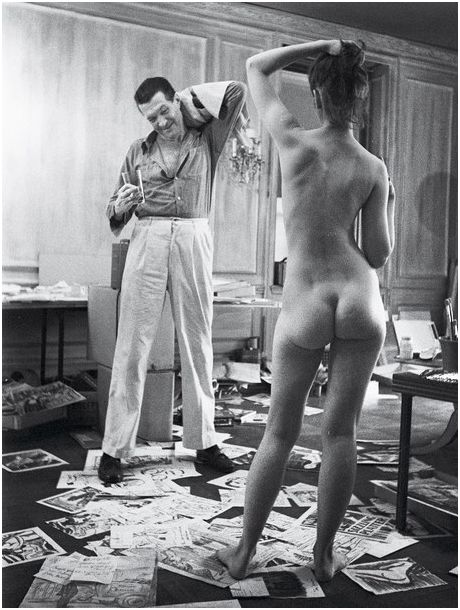 Peter Arno and a model in his dining-room studio, 1949 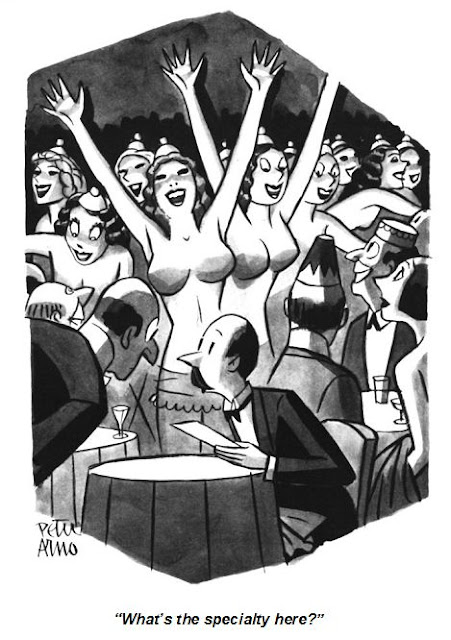 Ben Schwartz, Vanity Fair, April 2016:
"...Arno’s mother died on January 31, 1968, at age 87. Arno died three weeks later, on February 22, at age 64. Reporters called Pat Arno, asking for an anecdote or two about her famous father. She simply replied, “None are repeatable.” Arno’s last cover for The New Yorker appeared in June, a polar bear and its cub in the zoo, parent and child, peacefully rubbing noses, a polar bear’s kiss for its offspring—a lifetime away from top hats and nightclubs." 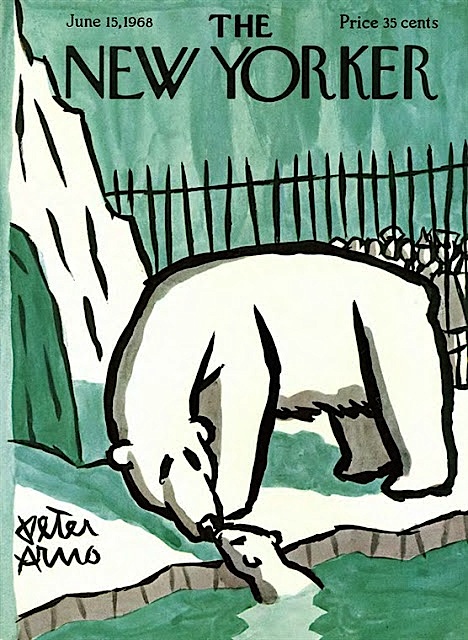