"...But the Raven, sitting lonely on the placid bust, spoke only


Crows/ravens indeed are mysterious creatures. I have observed that whenever the volume of the voice in our household raises, for any reason- joy, grief, fight, electronics, plain talking etc, one of them perches itself on the wall of our terrace and starts crowing until we calm down, lower our voice!

Sometimes it really gets on my nerves and I chase it with a cricket stump...! 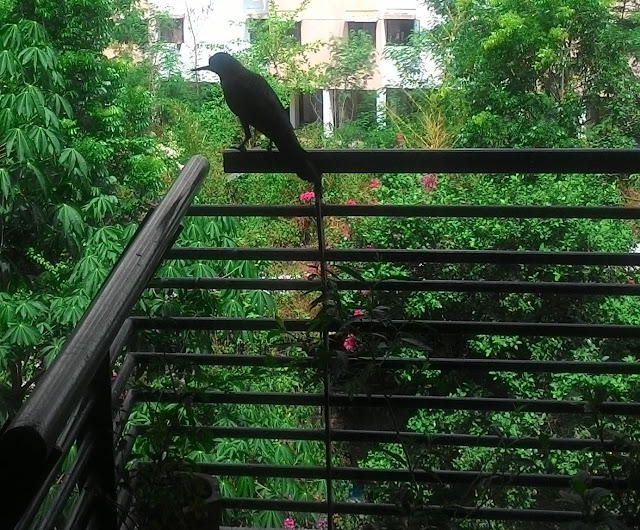 Sitting across me...I wonder if it is crowing: NEVERMORE, NEVERMORE... 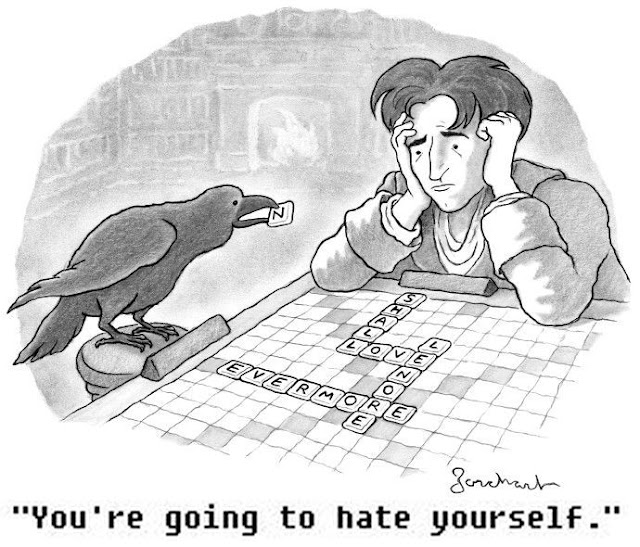 I took my son's help to 'decipher' this cartoon.

It depicts Poe and a raven are playing scrabble. Raven is from Poe's "The Raven", 1845. It's holding a letter 'N' in is beak and is gunning for the word 'NEVERMORE' that recurs in the poem!

‘…"The Raven" is a narrative poem by American writer Edgar Allan Poe. First published in January 1845, the poem is often noted for its musicality, stylized language, and supernatural atmosphere. It tells of a talking raven's mysterious visit to a distraught lover, tracing the man's slow fall into madness. The lover, often identified as being a student, is lamenting the loss of his love, Lenore. Sitting on a bust of Pallas, the raven seems to further instigate his distress with its constant repetition of the word "Nevermore"…’

In the cartoon, Poe's distress is going to increase further because the raven is going to score some points with that word!

This must easily one of the best cartoons I have seen.
Posted by Aniruddha G. Kulkarni at 9:00 AM