Why Dnyaneshwar Would Shudder at Diogenes's Gesture!

"On both sides of the border a man's sexual organ became, in the truest sense, his staff of life." 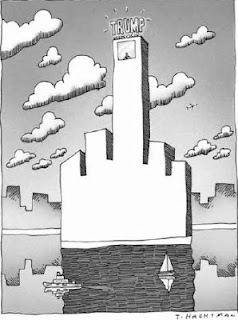 Now, it is not just Western culture alone anymore! In following pictures of the finger giving or flipping the bird, two out of three are Indians.

Anthropologist "watching" Desmond Morris- who once was a best seller writer even in India- says of the gesture: "It's one of the most ancient insult gestures known. The middle finger is the penis and the curled fingers on either side are the testicles. By doing it, you are offering someone a phallic gesture. It is saying, 'This is a phallus' that you're offering to people, which is a very primeval display.".

Why is it also called "flipping the bird?"

Stuart Jeffries writes in The Guardian, Feb 22 2012: "The charmingly unreliable Urban Dictionary argues that "flipping the bird" is "the process of taking a bird, normally a pigeon, and turning it upside down in an effort to see its genitalia"".

"The cultural difference in this is that flipping the bird over in US is like the V sign over here, It's telling you to eff off. They don't have any other gesture like that. Over here it's become quite accepted and doesn't carry the same meaning. Most people under the age of 50 don't find it offensive. It didn't even exist in this country until about 30 years ago."

Does "finger" gesture exist even today in non-metro India? I am not sure.

In Miraj (मिरज), where I grew up, I heard probably some of the foulest Marathi (मराठी) spoken ever.

[I have travelled all over India and lived in the East and the South and I wonder if any spoken Indian language gets as vulgar as Marathi does at times in Western Maharashtra!

("You will not find a single hard word in the entire Dnyaneshwari...such tenderness lies at the beginning of our literature is a matter of great happiness...")]

I may buy it but I wonder if it has anything I already don't know! 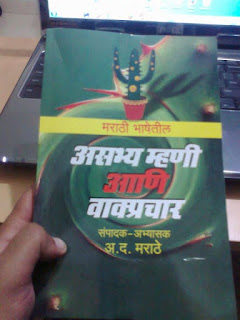 In Miraj I also saw a few lewd gestures often. The popular ones were:

1) Close all the fingers of right hand together, hold one's right wrist with left hand, hold the right arm parallel over the ground, swing the right hand up and down.

It sure said: "This is a phallus".

2) Extend the middle finger of the right hand, don't close the other fingers, hold the right arm perpendicular to the ground and then move the right arm in horizontal movement.

Once again it said for sure "This is a phallus".

Note that the 2) above is different from "showing the back of a closed fist that has only the middle finger extended upwards".

Stuart Jeffries: "In Gestures: Their Origins and Distribution, anthropologist Desmond Morris and colleagues argue that the digitus infamis or digitus impudicus (infamous or indecent finger) is mentioned several times in ancient Roman literature...Before that, in Athens in the fourth century BC, Diogenes the Cynic told visitors what he thought about the orator Demosthenes by extending his finger and saying: "This is the great demagogue." ...As early as 1886, a baseball pitcher for the Boston Beaneaters was photographed giving it to a member of the rival New York Giants..."

So even Diogenes gave the finger. 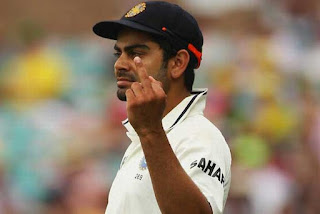 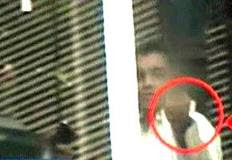 Mr. Narendra Mohan, son of the then Mumbai Congress chief Mr. Kripashankar Singh in February 2012
courtesy: The Times of India 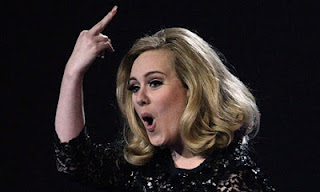 Adele shows her displeasure at the Brit awards by giving the finger to 'the suits' in Feb 2012
Photograph courtesy: Yui Mok/PA and Guardian, UK

Indian Field Hockey player S V Sunil, who scored unforgettable peach of a goal against Pakistan in Azlan Shah Cup May/June 2012, was reprimanded but escaped a ban for showing his middle finger to spectators after scoring the match-winner.
Posted by Aniruddha G. Kulkarni at 9:00 AM