Calling on B S Mardhekar to Greet a New Mother: Padma Lakshmi

Padma Lakshmi was an attractive lady and a darling of media.

She appeared on this blog here in that phase. One such picture is at the bottom of this post.

I say 'was' because I haven't seen her any where for a while.

I guess motherhood is deeply transformative. For the woman as well as the onlooker.

B S Mardhekar (बा.सी.मर्ढेकर)- today is his death anniversary- wrote in a beautiful Marathi 'Hymn to Her':

The last stanza describes the poet's feelings on seeing a pregnant girl:

"You were kiddish
Until yesterday or day-before;
Wait tomorrow's mother,
I drink holy water of washing of your feet."

Ms. Lakshmi so far belonged to the category described by my wife as 'half-naked' women (उघड्या-नागड्या बायका) that appear in newspapers, even Marathi, every day!

Now Ms. Lakshmi's chest will have a new context, other than page 3, as described by Mardhekar's idol Madhav Julian (माधव जुलियन) in a moving Marathi poem:

["...Yashoda went away leaving Kanha (Krishna) here,
and hasn't that caused her toddler to remain hungry?
She keeps her toddler away- her breasts still ooze-.." ('Prema Swarup Aai')]

It's such a welcome change from the names many middle-class Maharashtrians pull from archaic Sanskrit sources to name their kids these days.

I not only don't know their meaning but can't even remember them. 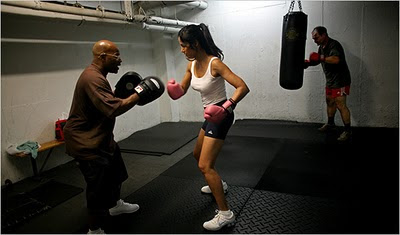