I’m all for Putting Newsweek in its Place

A South African judge recently addressed a group of students at a major American university. She began by noting that the newspapers in the United States seemed full of trivia. Then she explained her deep and fervent hope that one day the newspapers in her country would also have nothing serious to report. For me, and I would guess most of the people in that Brooklyn auditorium, the big news about America is that there is no big news.”

I wrote to him saying there was plenty of “big news” in US even then.

I never received a reply but starting September 11 of that year then there has been no shortage of “big news” in US.

Later Mr. Zakaria went to justify Iraq war with the enthusiasm of a new convert. I stopped reading him after that but continued my subscription to Newsweek.

After reading Newsweek issue dated September 29, 2008, I think time has come to say goodbye to the magazine.

Instead of focusing on all aspects of one of the biggest financial scams in human history that is causing much pain around the world, they have ended up glorifying one of its culprits- Henry Paulson.

“IMAGINE, if you will, that a man who had much to do with creating the present credit crisis now says he is the man to fix this giant problem, and that his work is so important that he will need a trillion dollars or so of your money. Then add that this man thinks he is so indispensable that he wants Congress to forbid any judicial or administrative questioning of anything he does with your dollars.

You might think of a latter-day Lenin or Fidel Castro, but you would be far afield. Instead, you should be thinking of Treasury Secretary Henry M. Paulson Jr. and the rapidly disintegrating United States of America, right here and now…

Why didn’t Mr. Paulson, the Treasury secretary, see it? He was once the head of Goldman Sachs, an immense player in the swaps world. Didn’t people at Treasury have a clue? If they didn’t, what was going on in their heads? If they did, why didn’t they do something about it a year ago, when saving the world would have been a lot cheaper?

If Mr. Paulson and Ben S. Bernanke, the chairman of the Federal Reserve, didn’t see this train coming, what else have they missed? What other freight train is barreling down the track at us? 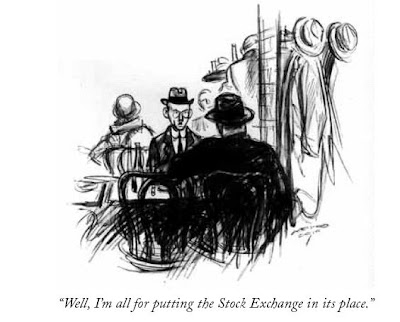