“…Then came Sakharam Binder. It's not only Tendulkar's best play, but one of the masterpieces of Indian drama. When first performed, several political parties united to demand a ban on the play, and it had to be rescued by the courts. Its critics claimed to be scandalised by its overt sexuality. But one suspects that Tendulkar had once again hit a raw nerve, the basic middle-class hunger for property as a guarantee of security, and the ruthlessness this hunger could unleash. Lakshmi, a perfect embodiment of Hindu womanly virtues, manoeuvres a murder to keep the roof intact over her head, invulnerable in her sense of moral rectitude…” (Outlook June 2, 2008)

This angle I had never thought.

As real estate prices climb relentlessly in Pune, everyday one hears sordid stories of greed, corruption, moral decay and crumbling family values. Duryodhana’s following words don’t sound all that far-fetched: “The Pandavas will not receive even a needle- point of territory,"

In 1980’s, I lived in a Bombay where girls fell in love only after ascertaining where the suitor’s property was located. Western suburbs upto Andheri were preferred over eastern ones. I had no chance because I had neither! Now I joke about it, then I felt castrated.

Now, the whole of urban India is Bombay.

I mentioned ancient India by quoting from the Mahabharata. Let us turn to an example from American history.

“…In 1763, George III drew a line on a map stretching from modern-day Maine to modern-day Georgia, along the crest of the Appalachians. He declared it illegal to claim or settle land west of the line, all of which he reserved for Native Americans.

George Washington, a young colonel in the Virginia militia, instructed his land-buying agents in the many ways of getting around the law. Although Washington was not alone in acquiring forbidden tracts, few were as energetic in the illegal acquisition of western land…

… By the early 1770’s, George Washington had amassed vast tracts to which his titles were flatly invalid. The Revolution rectified that. With British law void, Washington emerged from the war with his titles legal by default…”

“…Not merely did George Washington want the capital on the Potomac, he also "was determined to place the capital close to the Eastern Branch, today known as the Anacostia River, virtually across the Potomac from his own estate at Mount Vernon." Washington believed that the Potomac was fated to be the essential connection between the Atlantic and the rapidly growing West -- he didn't know, or more likely didn't want to know, that for most of the year much of the Potomac is unnavigable -- and "he stood to make a great deal of money" from a capital on the Potomac, a useful reminder that the motives of the Father of His Country were not always pristinely patriotic…” 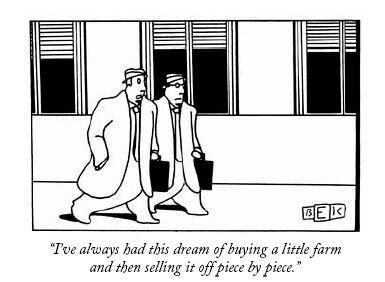