This was a godsend to cartoonist Sudhir Tailang and politician Raj Thackeray.

Tailang was first off the block. 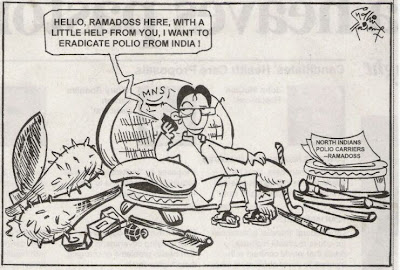 “…Health Minister Ramadoss says polio epidemic spreads from Uttar Pradesh and this (Amitabh) Bachchan campaigns for polio dose in Maharashtra. Go and give two drops there (in Uttar Pradesh)!"