Who's Going to Plunge Us into Fascism Today?

There are number of things that bother me about today’s Maharashtra.

Following is the most disturbing.

“…not a single major leader of Maharashtra – from Deshmukh to the Nationalist Congress Party’s Sharad Pawar, from State Congress chief Prabha Rau to Home Minister R.R. Patil – has condemned Raj Thackeray’s campaign of crass chauvinism or his goon tactics. They have not uttered a word against the intimidation and beating up of scores of working people from Uttar Pradesh and Bihar. They have been silent on the MNS’ glorification of all that is Marathi and its nauseating condemnation of the culture of the north. Although the progressive and secular intelligentsia has spoken out, the politicians’ silence is revealing.

The top leadership of the United Progressive Alliance too has chosen to refrain from deploring the MNS’ hate campaign. Prime Minister Manmohan Singh has taken to frequent exhortations to crush and eradicate “the virus” of “left extremism” (naxalites). But not once has he spoken in a similar vein against right extremism, which has caused far greater destruction to this society and posed a much more virulent challenge to its constitutional-democratic order. Leave alone “crush” the forces of vicious nativism and xenophobia such as the MNS and Shiv Sena, Manmohan Singh does not even talk of restraining, discouraging or combating them. About his expression of solidarity with the terrorised victims of the recent hate campaign, the less said the better.

This is creating a peculiar polarisation along narrow ethnic-linguistic lines…”

“It assumes the organic unity of the body politic and longs for a national leader attuned to the will of the people. It is totalitarian in that it views everything as political and holds that any action by the state is justified to achieve the common good. It takes responsibility for all aspects of life, including our health and well-being, and seeks to impose uniformity of thought and action, whether by force or through regulation and social pressure. Everything, including the economy and religion, must be aligned with its objectives. Any rival identity is part of the "problem" and therefore defined as the enemy.”

Please note words- uniformity of thought and action and ominous warning- “Any rival identity is part of the "problem" and therefore defined as the enemy.” 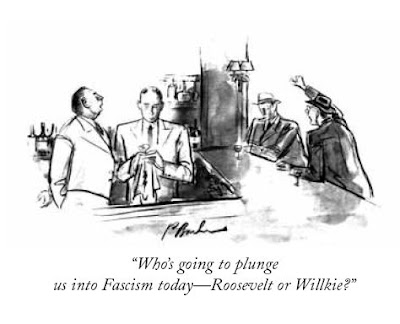