Earworm - I Did Not Know What You Were Called!

I remember an incident from 1970's at my home in Miraj.

When my mother was away and father was cooking, he hummed a song. My sister picked it up and started singing it herself. That angered my father so much that she really got an earful from him that day.

I learnt a lesson.

Now I know what happened. My sister had got earworm-ohrwurms. She just couldn’t help it.

I remember Isaq Mujawar इसाक मुजावर in 1970’s writing a long article in Marathi magazine Rasarang रसरंग on phenomenon of “Hammer Music” in Hindi film music industry. The article talked about the tactics new music directors and their corporates were deploying to succeed.

I also remember one particular Ganesh festival from 1970’s in the neighbourhood when they only played songs of Dada Kondke’s दादा कोंडके Songadya सोंगाड्या (1971) for all ten days.

I had my quota of earworms for the whole year.

… At least one professor, James Kellaris of the University of Cincinnati, is looking to discover what makes them so irritating and so persistent.

Whatever it is, it's hard to escape the earworm at this time of year, with shopping malls and public streets bombarding you with holiday tunes. It matters not whether you like the music. In fact the less you like it, the longer it seems to hang around in the memory cells, circling the mind relentlessly.

When this happens, the neurologist Oliver Sacks writes, "the music has entered and subverted part of the brain, forcing it to fire repetitively . . . as may happen with a tic or a seizure."

… Musical memory takes many curious forms. Researchers say the constant repetition of popular music - inescapable today in iPods, portable CD players, on the radio, in the air everywhere - trains us from childhood to expect certain patterns of notes. This enables worn-out melodies to take up residence comfortably in the brain, where the patterns have been deeply etched.

Musicians, unlike the rest of us, exploit this cranial quirk and put way hours of material that they then can summon at will. 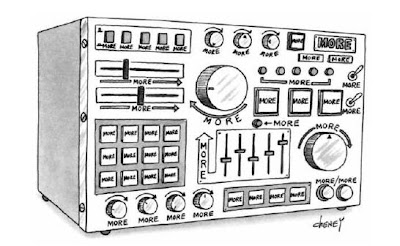 believe me, i have an earworm of melodious songs sung by Lata, Talat,k.L,Composed by Anil Biswas,Shyamsunder, Ghulam Md,Anna Chitalkar,Vasant Desai not to mention MadanMohan,these songs hammered voluntarily by myself with repeatedly playing it on Phono.even today if i listen it on radio,no not on commercial F.M.,MY ENTIRE DAY PASS IN HAPPY RENDITION NOTE.

And I too pass many hours just playing with them. You have mentioned my favourite worms already!