कोलंबसचा आणि मानवतेचा काहीही संबंध नव्हता: “...As an explorer, the Admiral of the Ocean Sea is widely seen as an opportunist who made his great discovery without ever acknowledging it for what it was, and proceeded to enslave the populace he found, encourage genocide, and pollute relations between peoples who were previously unknown to each other. He was even assumed to have carried syphilis back to Europe with him to torment Europe for centuries thereafter. He excused his behavior, and his legacy, by saying that he merely acted as God’s instrument, even as he beseeched his Sovereigns, Ferdinand and Isabella of Spain, to enrich him and his family. Historians have long argued that Columbus merely rediscovered the Americas, that the Vikings, the Celts, and American Indians arrived in the “New World” long before his cautious landfall....”

““I sailed to the West southwest, and we took more water aboard than at any other time on the voyage,” wrote Christopher Columbus in his logbook on Thursday, October 11, 1492, on the verge of the defining moment of discovery. It occurred not a moment too soon, because the fearful and unruly crews of his three ships were about to mutiny. Overcome with doubt himself, he had tried to remind the rebels of their sworn duty, “telling them that, for better or worse, they must complete the enterprise on which the Catholic Sovereigns”—Isabella of Castile and Ferdinand of Aragon, who jointly ruled Spain—“had sent them.” He could not risk offending his royal patrons, whom he lobbied for ten years to obtain this commission, and so he insisted, “I started out to find the Indies and will continue until I have accomplished that mission, with the help of Our Lord.” And they had better follow his lead or risk a cruel punishment.
Suddenly it seemed as if his prayers had been answered: “I saw several things that were indications of land.” For one thing, “A large flock of sea birds flew overhead.” And for another, a slender reed floated past his flagship, Santa María, and it was green, indicating it had grown nearby. Pinta’s crew noticed the same thing, as well as a “manmade” plank, carved by an unknown hand, perhaps with an “iron tool.” Those aboard Niña spotted a stick, equally indicative that they were approaching land. He encouraged the crew to give thanks rather than mutiny at this critical moment, doubled the number of lookouts, and promised a generous reward to the first sailor to spot terra firma.
And then, for hours, nothing.
Around ten o’clock that night, Columbus anxiously patrolled the highest deck, the stern castle. In the gloom, he thought he saw something resembling “a little wax candle bobbing up and down.” Perhaps it was a torch belonging to fishermen abroad at night, or perhaps it belonged to someone on land, “going from house to house.” Perhaps it was nothing more than a phantom sighting, common at sea, even for expert eyes. He summoned a couple of officers; one agreed with his assessment, the other scoffed. No one else saw anything, and Columbus did not trust his own instincts. As he knew from experience, life at sea often presented stark choices. If he succeeded in his quest to discover the basis of a Spanish empire thousands of miles from home, he would be on his way to fulfilling his pledge to his royal sponsors and attaining heroic status and unimaginable wealth. After all the doubts and trials he had endured, his accomplishment would be vindication of the headiest sort. But if he failed, he would face mutiny by his obstreperous crew, permanent disgrace, and the prospect of death in a lonely patch of ocean far from home....
....He would spend the rest of his life—and three subsequent voyages—attempting to make good on that pledge. Many in Europe were inclined to dismiss Polo’s account, by turns fantastic and commercial, as a beguiling fantasy, while others, Columbus especially, regarded it as the pragmatic travel guide that Polo intended. His attempt to find a maritime equivalent to Marco Polo’s journey to Asia bridged the gap between the medieval world of magic and might, and the stark universe of predator and prey of the Renaissance. Although Marco Polo had completed his journey two hundred years earlier, Columbus nevertheless expected to find the Mongol empire intact, and Kublai Khan, or another Grand Khan like him, alive and well and ready to do business. But Kublai was long gone, and his empire in ruins.
Protected by his delusion, Columbus conveniently concluded that he had reached an island or peninsula on the outskirts of China, a leap made possible only by omitting the Americas and the Pacific Ocean from his skewed geography. And as for the promised reward, which should have gone to the humble seaman, Rodrigo de Triana, who had first sighted land, Columbus decided that his own vision of the glowing candle took precedence, and so he kept the proceeds for himself.” 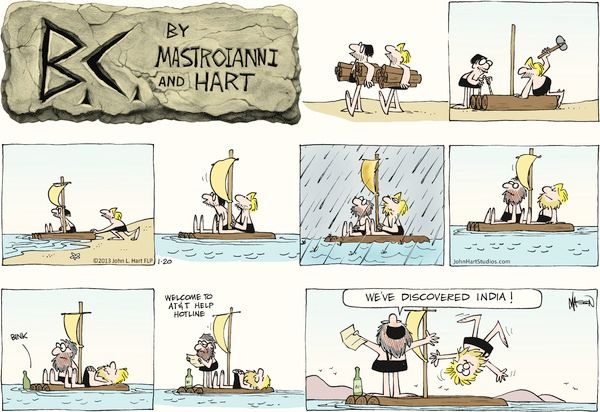 Posted by Aniruddha G. Kulkarni at 9:30 AM

You say, "कोलंबसचा आणि मानवतेचा काहीही संबंध नव्हता". And I am saying that perhaps मानवता and the subsequent वाद and the poem (unintentionally and indirectly) go hand in hand with what Columbus did. [end]