She Never Made Jam...Ava Gardner


“...But the 1950s were allowing for a brassier and more overtly sexual image of feminine allure to emerge on movie screens than previously, and Hollywood would send a specimen of that sort to Rome in November 1953: Ava Gardner flew in after divorcing Frank Sinatra, to blow off a little steam at the nightclubs that were starting to pop up around town, to acquire a hand-fit wardrobe of couture dresses, and, almost incidentally, to play the title role in Joseph L. Mankiewicz’s The Barefoot Contessa, a story of a poor girl turned man-eating diva that was, apparently, personally tailored to Gardner as a bespoke gown...”


“You can sum up my life in a sentence, honey: She made movies, she made out, and she made a fucking mess of her life. But she never made jam.”
(‘Ava Gardner: The Secret Conversations’ by Peter Evans & Ava Gardner) 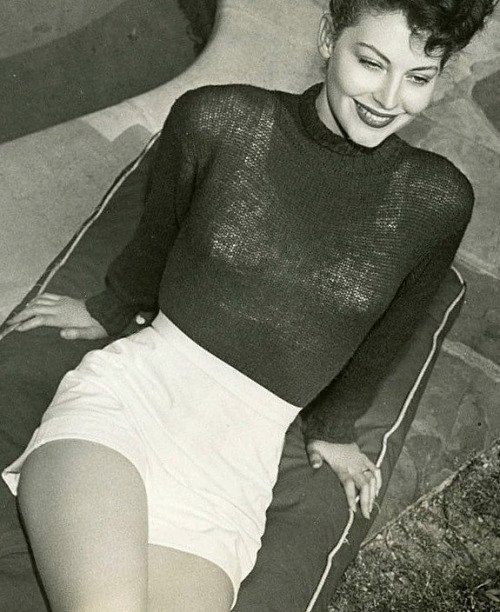