Yuval Noah Harari's vision of our future, as elaborated by him in 'Yuval Harari on big data, Google and the end of free will',FT dated August 26 2016, reads creepy.

Or this,
"We are already becoming tiny chips inside a giant system that nobody really understands. Every day I absorb countless data bits through emails, phone calls and articles; process the data; and transmit back new bits through more emails, phone calls and articles. I don’t really know where I fit into the great scheme of things, and how my bits of data connect with the bits produced by billions of other humans and computers. I don’t have time to find out, because I am too busy answering emails. This relentless dataflow sparks new inventions and disruptions that nobody plans, controls or comprehends."

Or this,
"Devices such as Amazon’s Kindle are able constantly to collect data on their users while they are reading books. Your Kindle can monitor which parts of a book you read quickly, and which slowly; on which page you took a break, and on which sentence you abandoned the book, never to pick it up again. If Kindle was to be upgraded with face recognition software and biometric sensors, it would know how each sentence influenced your heart rate and blood pressure. It would know what made you laugh, what made you sad, what made you angry. Soon, books will read you while you are reading them. And whereas you quickly forget most of what you read, computer programs need never forget. Such data should eventually enable Amazon to choose books for you with uncanny precision. It will also allow Amazon to know exactly who you are, and how to press your emotional buttons."

While reading this, I remembered W H Auden's words written in 1966:

"...I think a great many of us are haunted by the feeling that our society, and by ours I don’t mean just the United States or Europe, but our whole world-wide technological civilisation, whether officially labelled capitalist, socialist or communist, is going to go smash, and probably deserves to. Like the third century the twentieth is an age of stress and anxiety. In our case, it is not that our techniques are too primitive to cope with new problems, but the very fantastic success of our technology is creating a hideous, noisy, over-crowded world in which it is becoming increasingly difficult to lead a human life. In our reactions to this, one can see many parallels to the third century. Instead of gnostics, we have existentialists and God-is-dead theologians, instead of neo-platonists, devotees of Zen, instead of desert hermits, heroin addicts and beats, (who also, oddly enough, seem averse to washing), instead of mortification of the flesh, sado-masochistic pornography; as for our public entertainments, the fare offered by television is still a shade less brutal and vulgar than that provided by the amphitheatre, but only a shade, and may not be for long. I have no idea what is actually going to happen before I die except that I am not going to like it…” 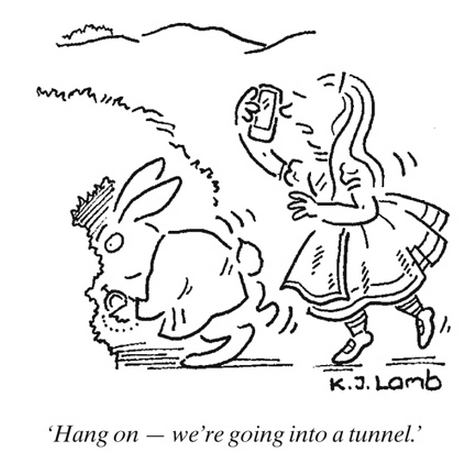