Sustaining a Benevolent Myth: Like Livia Drusilla, I Want a Good Show

Mary Pilon, The New York Times, July 18 2016:
"...Because sports are a religion, it’s difficult to imagine a world without the Olympics, and to be sure, they have given us many glorious moments. It would be easy to conclude that the Olympic “movement” has lost its way since the time of Coubertin’s lofty vision, but that, as Goldblatt demonstrates, would be to rewrite history, since the idea of a clean and easy way to achieve peace through sport was a benevolent myth in the first place."

Livia Drusilla, 30 January 58 BC – 28 September 29 AD:
“I've a few words to say to you before these games begin. Well, gather round. Now, these games are being held in honor of my son, Drusus Nero, who was worth the whole lot of you put together. It's my intention that these games shall be remembered long after you're all dead and forgotten even by your nearest and dearest. You're all scum and you know it, but you've a chance here - some of you - to prove that you're a bit more than that. And for those whom death doesn't liberate, there'll be plenty of freedoms handed out afterwards - to say nothing of gold plate and coin. But... I want a good show. I want my money's worth! I don't want any kiss-in-the-ring stuff. And I don't want my family watching two grown men pussyfooting around each other for half an hour before one of them aims a real blow. There's been too much of that in the past. And, don't think you can fool me either because I know every trick in the book, including the pig's blood in the bladder to make it look as if one of you is dead. There's been too much of that too lately. These games are being degraded by the increasing use of professional tricks to stay alive, and I won't have it. So put on a good show and there'll be plenty of money for the living and a decent burial for the dead. And, if not, I'll break this guild up and I'll send the lot of you to the mines in Numidia. That's all I've got to say to you.”
(from Episode 4,  ‘I, Claudius’, 1976 BBC Television adaptation of Robert Graves's I, Claudius and Claudius the God.) 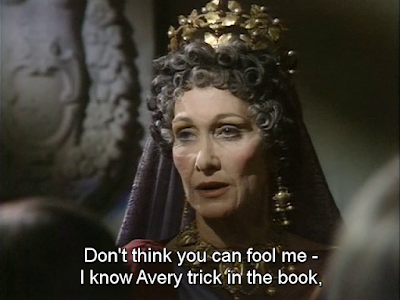 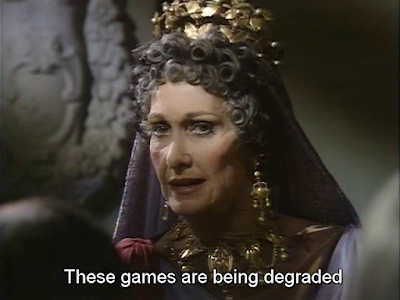 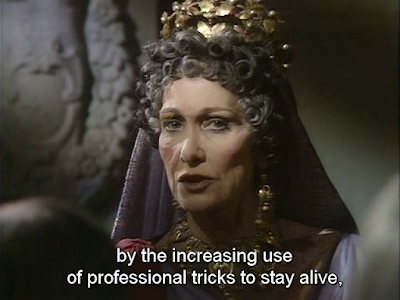