Among New Lilliputians, Nothing Pisses Me Off...Who Am I?

"We have just enough religion to make us hate, but not enough to make us love one another."

"...Oh, how I wish I was like them! I haven't got any horns, more's the pity! A smooth brow looks so ugly. I need one or two horns to give my sagging face a lift. Perhaps one will grow and I needn't be ashamed any more - then I could go and join them. But it will never grow!...

...I should have gone with them while there was still time. Now it's too late! Now I'm a monster, just a monster. Now I'll never become a rhinoceros, never, never!...

Paul Hunter on 'Gulliver's Travels' in 'The Cambridge Companion to Jonathan Swift', 2003:

"Here deformity, defecation, and sexuality become repugnant reminders of our absurd and grimly limited physical selves, and (whatever they tell us about Swift’s psychological fears, prejudices, and personal hang-ups) the exaggerated physical features of the narrative’s human population ground our tendencies to elevate our belief in ourselves as above it all."


"...I do not intend to explain anything which our Parliament might have done or not done, either. We set it up with great arman (longings), arzu (wishes) and a sense of abru (self-respect). But when I see the way Parliament functions or, perhaps I should say, the way it does not function, it fills me with shame. Parliament is accountable before it is ‘Hon’ble’. It is obsessed by its honour when it should be absorbed in its duties.

And everywhere, money is King. Not the voter, not the Constitution, but money. When something or someone is King, what becomes of the Republic? From the roadside vendor who has to pay a regular mamul in some hundreds of rupees to the giant Corporate that bribes its way to contracts with so many zeroes that I cannot count, we are now become a Jamhuriyat-i-Naqad, a Republic of Cash.

We have become a soulless people, a people without self-confidence, without morale. A nation that does not have any ideals cannot survive..."

Vilas Sarang: "...In any case an anonymous writer in 'Vividhdnyanvistar' recognized the greatness of 'Gulliver's Travels' as a novel with an easy-inspiration, this is laudable..."

Mr. Sarang here is arguing that an anonymous Marathi writer (probably writing in 19th century)  realised the greatness of Jonathan Swift's 'Gulliver's Travels' ahead of the most of the British literary establishment that was trapped in 'naive realism' and even refused to call the book a novel.

For me, Swift's book is indeed one of the greatest books ever.

George Orwell writes in his essay on the book  "An examination of Gulliver's travels".

"...The Lilliputians also have various social and legal institutions (for instance, there are old age pensions, and people are rewarded for keeping the law as well as punished for breaking it) which Swift would have liked to see prevailing in his own country. In the middle of this passage Swift remembers his satirical intention and adds, ‘In relating these and the following Laws, I would only be understood to mean the original Institutions, and not the most scandalous Corruptions into which these people are fallen by the degenerate Nature of Man’:..."

We all know, in the book,  Lilliput is England and Blefuscu is France..."the original Institutions, and not the most scandalous Corruptions into which these people are fallen"...so maybe Lilliput is also 21st century India! 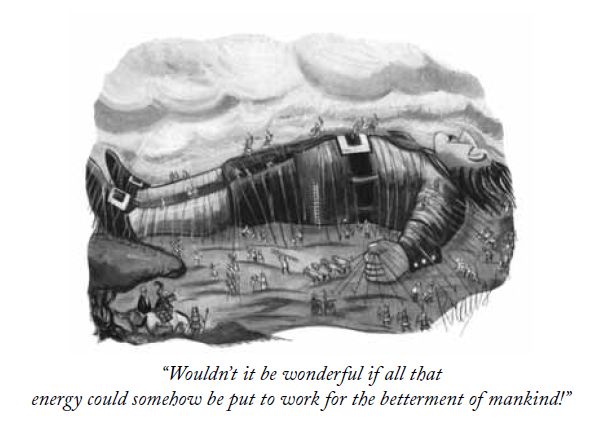 One meaning of lilliputian is 'petty' and that is what we are turning fast into, if Salman Rushdie is right.

"I do think that one of the characteristics of our age is the growth of this culture of offendedness. It has to do with the rise of identity politics, where you're invited to define your identity quite narrowly – you know, Western, Islamic, whatever it might be. Classically, we have defined ourselves by the things we love. By the place which is our home, by our family, by our friends. But in this age we're asked to define ourselves by hate. That what defines you is what pisses you off. And if nothing pisses you off, who are you?"

Rushdie ascribed the new hatred to the fall of Communism and the rise of religious fanaticism, among other things.

"Instead of there being one Iron Curtain, there became lots and lots of little enclaves with people fighting to the death about their own little mindset or their own tribalism. And then religious fanaticism happened, which is not only Islamic. In India, there is the rise of Hindu nationalism, and in America the increased power of the Christian church."

As I watch news television in India, I realise how true all this is. We have little enclaves of  religion, language, region, caste, sub caste, economic class, gender, power...Increasingly, Indians are being asked to define themselves by hate. 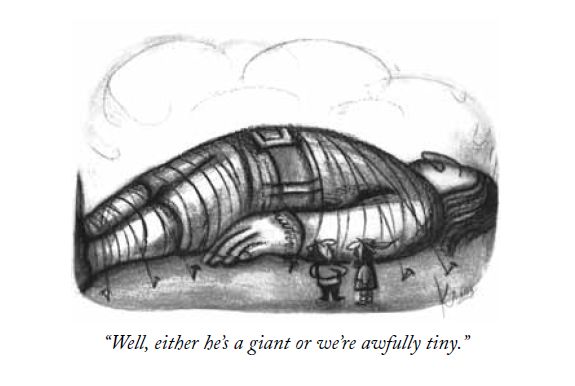 
The two cartoons by one of my favourite cartoonists, the late Mr. Kraus, on the subject of 'Gulliver's Travels' are as moving as the book itself.