What Made My Parents Cry? Sugar, Rice, Wheat, Cotton...

(Inflation has appeared many times on this blog before. Most notably here and here.)

My father-in-law (borne 1930) belonged to an economically well off family. But he had to eat millet rotis when he went for college education in Solapur. He still describes how he had to swallow the rotis with hot peanut chutney powder (aka 'gun powder').

My parents after their marriage in 1957 were  struggling economically.

My father once told me how hard it was to find some affordable rice after the birth of my younger brother in June 1962 and the young mother wanted rice for herself and the two kids.

He, already a college teacher,  could get only some "yellow rice". (Was it because Chinese were at the gates and their shadow fell over the rice?) 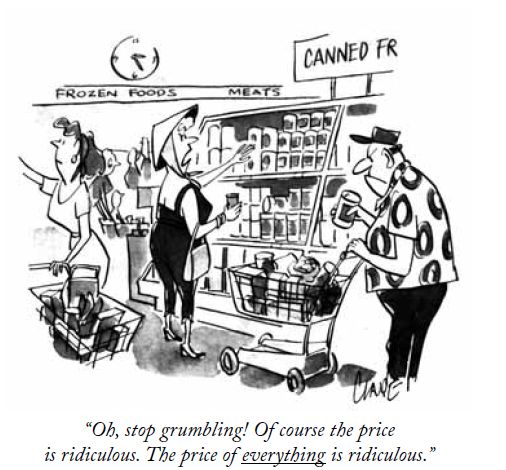 So was food inflation higher then than today?

"In a new paper David Jacks, an economist at Simon Fraser University, assembles figures on inflation-adjusted prices for 30 commodities over 160 years...Over the very long run commodity prices display a marked upward trend, having risen by 192% since 1950, and by 252% since 1900. But an upward trend has clearly not translated into global famine, and not all commodities are alike.


Long-run rises have been most pronounced for commodities that are “in the ground”, like minerals and natural gas. Energy commodities especially have boomed, soaring by roughly 300% since 1950. Prices of precious metals have also risen, as have industrial ingredients like iron ore. In contrast, prices for resources that can be grown have trended downwards (see chart). The inflation-adjusted prices of rice, corn and wheat are lower now than they were in 1950. Although the global population is 2.8 times above its 1950 level, world grain production is 3.6 times higher."


Look at the chart below. Rice, wheat, sugar, cotton- all essential commodities for a middle-class family- are today more than 50%  cheaper than they were in 1950's.

I remember how precious sugar was when I was a kid. Most non-Brahmin families (and even a few Brahmin ones too)  in our neighbourhood could not afford it and drank tea with milk and jaggery. They could afford  rice and wheat only on festival or other special days. Most had very few clothes.

So my parents, in-laws and their contemporaries  have borne the brunt of food inflation far more than me. 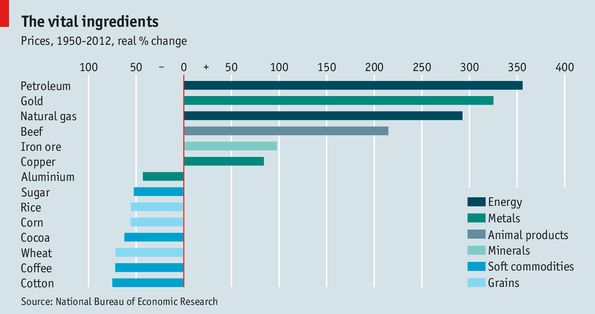 Your latest post is timely written and expresses 'our' views in total. I wish to translate with your kind permission and publish in 'Maitri' blog soon.Pl reply.
Mangesh Nabar

Please go head and do what you wish to.

I will be happy to see it in Marathi.