Arundhati Roy writes for The Hindu on February 11 2013:

"...On the 13th of December 2001 five armed men drove through the gates of the Parliament House in a white Ambassador fitted out with an Improvised Explosive Device. When they were challenged they jumped out of the car and opened fire. They killed eight security personnel and a gardener. In the gun battle that followed, all five attackers were killed. In one of the many versions of confessions he made in police custody, Afzal Guru identified the men as Mohammed, Rana, Raja, Hamza and Haider. That’s all we know about them even today. L.K. Advani, the then Home Minister, said they ‘looked like Pakistanis.’.."

This is so funny..."looking like Pakistanis"? Mr. Advani has always been funny. Whenever he comes on TV or I see his picture, I always remember his depiction by R K Laxman....wearing a crown and a prong trishul...

I could not stop laughing when I first saw Mr. Laxman's this cartoon making fun of Mr. Advani's autobigraphy:

Mr. Advani was borne in Karachi, now in Pakistan. Does he look like a Pakistani?

But more importantly should India's Union Home Minister, no less, make such a statement in public? Wouldn't it bias the investigation?

How do Mr. Dilip Kumar, Mr. Raj Kapoor and Mr. Dev Anand look like? For me, they all look like from 'North of the Vindhyas'! Sort of Pakistanis! 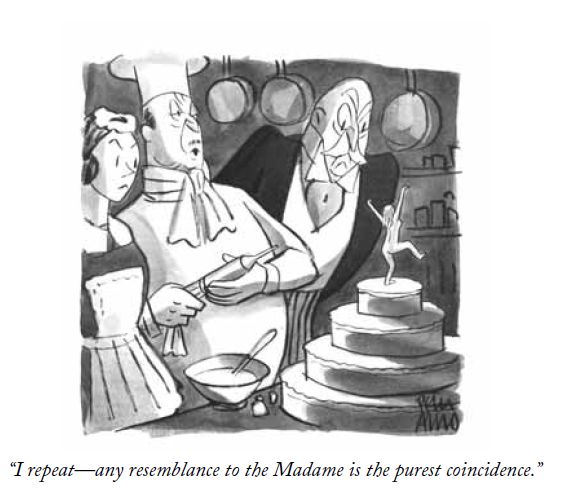