"You could argue that the Fred Astaire film is performing a greater service than the (Ingmar) Bergman film, because Bergman is dealing with a problem that you're never going to solve. Whereas Fred Astaire, you walk in off the street, and for an hour and half they're popping champagne corks and making light banter and you get refreshed, like a lemonade."

ARTHUR SCHOPENHAUER in 'The World as Will and Representation', 1819:

"The close relation that music has to the true nature of all things can explain the fact that, when music suitable to any scene, action, event, or environment is played, it seems to disclose to us its most secret meaning, and appears to be the most accurate and distinct commentary on it."

Pandit Ravi Shankar when told: "You were the first film music director from India to be recognised internationally":

"I will not say so of myself. The creations of Shankar-Jaikishan in Awara and Shree 420 - ‘Awara hoon’ and ‘Mera joota hai Japani’ - were on the lips of every Russian and Chinese. ‘Awara hoon’ was a favourite number of even comrade Mao Tse Tung."

I forgot that I already had a copy of Hindi film 'Professor', 1962 and I bought it again in March 2012 and saw it after many years.

The first thing I noticed about the new VCD wrapping/jacket was that- unlike the old one- it did NOT carry the name of the director of the film- Lekh Tandon, then 33-year old. According to Wikipedia it was his first film as a director.

I thought: How unfair.

Mr. Tandon has directed his debut film stylishly. There is hardly a boring moment. Shammi Kapoor and Lalita Pawar- in Khalid Mohamed's words "the man-hating dowager who flips for Shammi Kapoor masquerading as an oldie"- have given excellent performances and also some of Kalpana's- leading lady- friends look pretty.

Shanker-Jaikishan's score is one of the best I have heard. I must have heard those songs many times as a kid and they are imprinted deep in my mind. Today, now that Mr. Kapoor is gone, when I see him singing them on the TV screen, they move me even more than they did earlier.

The film captures beauty of Darjeeling as well as Satyajit Ray did in 'Kanchenjungha', also released in 1962. 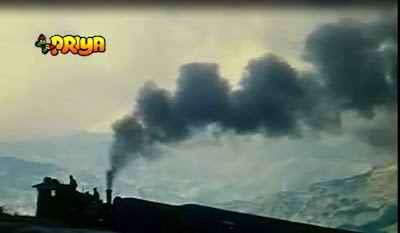 'Kanchenjungha', one of my favourites, is Ray's first colour film.

"...Film team and actors were constantly on the move around Darjeeling. In twenty-six days during October and November 1961, shooting on a ratio as low as three to one, Ray finished Kanchenjungha. He noticed that a Bombay director shooting in Darjeeling at the same time was unable to compete even one scene- so keen was he to show his stars in sunshine!..." ('Satyajit Ray/ The Inner Eye', 1989)

I had read this long ago and wondered why Mr. Robinson (or Mr. Ray) did not name either the Hindi film or its director.

When I saw 'Professor' on April 8 2012, I wondered if "professor' was indeed the 'unnamed' film. I didn't know how I was going to confirm it. I googled "Lekh Tandon Darjeeling" on April 9 and found the answer.

Mr. Tandon had told 'The Hindu':

"An interesting incident took place during the shooting. Satyajit Ray who was also shooting in Darjeeling for “Kanchenjungha” was lacking raw stock for his shooting. Coming to know about this, Shammi Kapoor immediately came to the rescue of Ray by asking me and supplying him the required raw stock. We compensated our lack of the same after it arrived for Ray's film from Kolkata. Ray was deeply touched by Shammi Kapoor's genuine gesture and I personally know of umpteen incidents where Shammi Kapoor has helped many in need without taking any credit for his generosity." 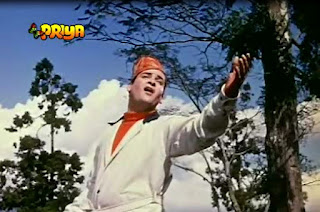 I wonder why Mr. Robinson (or Mr. Ray) is silent on this generosity of the late Mr. Shammi Kapoor. Did it happen or not?

Now, let us turn to "Bombay director shooting in Darjeeling at the same time was unable to compete even one scene- so keen was he to show his stars in sunshine!"

This is what Mr. Tandon had to say:

"...Kalpana was photogenic but not a very good actress. Once she understood what was required of her, she delivered the goods but took a number of takes..."

So maybe it was not just for sunshine!

Kanchenjungha and Professor both have given me great joy. They still keep giving.

But if I have to choose one of them, it would be Lekh Tandon / Shammi Kapoor /Shanker-Jaikishan's 'Professor'.
Posted by Aniruddha G. Kulkarni at 9:00 AM