“Her intelligence, asceticism, and total commitment as well as her sheer courage, filled me with admiration…I especially envied her for her heart.”

"The centuries will roll by, and schoolboys will yawn over the history of our upheavals; everything will pass, but my happiness, dear, my happiness will remain, in the moist reflection of a streetlamp, in the cautious bend of stone steps that descend into the canal's black waters, in the smiles of a dancing couple, in everything with which God so generously surrounds human loneliness."

One such act of God was the creation of Bal Gandharva (बालगंधर्व) aka Narayan Shripad Rajhans (नारायण श्रीपाद राजहंस).

It's preposterous but true that, as a kid, I once performed, in my school annual, on the same stage on which Bal Gandharva had made his debut- at Hansprabha talkies (हंसप्रभा टॉकीज), now called Balgandharva Natyagraha (बालगंधर्व नाटय़गृह), in Miraj (मिरज), in year 1906 when the great Shahu Maharaj (शाहू महाराज) was in the audience.

(btw- They should have preserved Hansprabha as a heritage structure. Also, I don't know by what name the theatre- built by the king of Miraj state- was called when it opened in c1906 but for a very long time it was Hansprabha.)

We lived just 100m away from the stage of Hansprabha. I couldn't quite appreciate then that one of the greatest Marathi sepaking personalities of 20th century had left his footprints in the sand surrounding Hansprabha, where our mother took us many evenings to play. [Another such giant, historian and playwright, Vasudevshastri Khare (वासुदेवशास्त्री खरे) 1858-1924, had lived opposite of Hansprabha.]

Over the last few months, I have finished reading probably the two most important books on the life of Bal Gandharva: 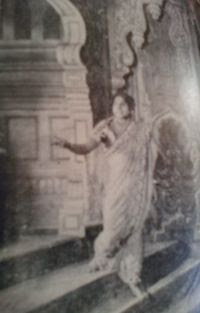 I enjoyed reading both the books but in the end was disappointed by them.

None of them does adequate, let alone full, justice to the life of Bal Gandharva, the narrative that was, like King Lear, a greater tragedy than the two most popular Marathi stage tragedies of 20th century: 'Ekach Pyala'(एकच प्याला) by R G Gadkari (राम गणेश गडकरी) and 'Natasamrat' (नटसम्राट) by V V Shirwadkar (वि वा शिरवाडकर).

Having lived disabled and destitute for many years before the death, even Bal Gandharva's funeral at Pune was a rushed affair- according to Desai's book- because some people felt that there could be a claim that he had converted into Islam and hence should be given final rites accordingly.

The person who understood BG much better than these wordsmiths was another Gandharva, Kumar Gandharva , no relation, who expressed that knowledge in his inimitable album 'Mala Umajalele Balgandharva' ('मला उमजलेले बालगंधर्व').
Ten songs there show you BG in ten dimensions. Personal favourite- 'Tat Karee duhita' (तात करी दुहिता).

“I lost Susy thirteen years ago; I lost her mother—her incomparable mother!—five and a half years ago; Clara has gone away to live in Europe; and now I have lost Jean. How poor I am, who was once so rich! … Jean lies yonder, I sit here; we are strangers under our own roof; we kissed hands good-by at this door last night—and it was forever, we never suspecting it. She lies there, and I sit here—writing, busying myself, to keep my heart from breaking. How dazzlingly the sunshine is flooding the hills around! It is like a mockery." 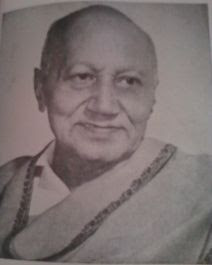 I plan to return to the subject of Bal Gandharva a few more times over the next several months.

A new Marathi film is being released on the subject of Bal Gandharva today. Subodh Bhave (सुबोध भावे) is playing the title role. In promos, he looks the part great.

The question that haunts me today is: Does Mr. Bhave have the heart as large as that of Bal Gandharva? We shall soon find out...

One of the best Marathi films and one of the greatest biopics in the history of world cinema, Sant Tukaram, 1936 (संत तुकाराम), became both popular and critical success largely because of the quality of acting of Vishnupant Pagnis (विष्णुपंत पागनीस).

Sarwate who has watched Bal Gandharva perform a few times, including Sangeet Manapman (संगीत मानापमान), spoke to me on many other aspects of BG's art and the new Marathi film based on his life. More on it later...]

I watched the film in October 2011. As expected, Mr. Bhave took me as close to the late Bal Gandharva in flesh and blood as possible. The way he stood, the way he gestured, the way he sang, he moved me. (He probably could have spoken with more tenderness.) But the movie sadly is a disappointment.
Posted by Aniruddha G. Kulkarni at 9:00 AM

A very provoking question! I would definitely see this movie and come back.
Mangesh

Liked your views about balgandharva .completed the duty of watching the movie in theatre but disappointed totally . Mr. bhave has done his job but movie failed completely in answering one question why whole maharashtra went mad in that period after seeing him play lady role ?MR. DESAI - is lost in his own sets .

This is what I was afraid of.