How the Indian Chimney-sweepers cry

Charles Dickens on Christmas:
"………….a good time: a kind, forgiving, charitable, pleasant time: the only time I know of in the long calendar of the year, when men and women seem by one consent to open their shut-up hearts freely, and to think of other people below them as if they really were fellow-passengers to the grave, and not another race of creatures bound on other journeys"

Mark Edmundson, a professor of English at the University of Virginia, has written a wonderful essay on William Blake's "London".

He says: "Looking for a compressed vision of the state of America now, I'm inclined to turn not to any of our esteemed journalist-pundits or renowned public intellectuals but in the direction of the poet William Blake, who did his work 200 years ago."

I wonder if Edmundson has stayed in any Indian metro for a few days. If he did, he would have thought about them ahead of his country.

London (published in Songs of Experience in 1794)

I wander thro' each charter'd street,
Near where the charter'd Thames does flow,
And mark in every face I meet
Marks of weakness, marks of woe.

In every cry of every Man.
In every Infant's cry of fear,
In every voice, in every ban,
The mind-forg'd manacles I hear.

How the Chimney-sweepers cry
Every black'ning Church appalls;
And the hapless Soldier's sigh
Runs in blood down Palace walls.

But most thro' midnight streets I hear
How the youthful Harlot's curse
Blasts the new born Infant's tear
And blights with plagues the Marriage hearse.

Professor says: "...They (people) are the victims of "mind-forg'd manacles." That is, they are imprisoned by their own mental limits and by the limits imposed upon them by others.

What does it mean, from Blake's perspective, to be mentally imprisoned? It means, among other things, that you see the world from your own private perspective. You look out for your own advantage. You pursue your own success. You hog and hoard. You've entered the state that Blake calls the state of Selfhood, which is individualist, reductive, and isolating.

You think that affirming Selfhood will get you what you want in the world—the Self is a radical pragmatist. But all the state of Selfhood does is to cut you off from the possibility of a better life. The ascendancy of Selfhood isolates you from other humans. Selfhood destroys the drive for community and solidarity. It makes you lonely, frustrated, and angry—on your face come "marks of weakness, marks of woe."..."

On the morning before Diwali 2010, when we gave a paltry sum of Rs. 50 to the cleaning lady, who cleans stair case and reception at our building, on the occassion of Diwali, she said she did not receive even Rs. 0.5 from many of our building flat holders. When she mentioned Diwali suggestively to one of the flatholders, she got a real earful in return!

"..."How the Chimney-sweepers cry / Every black'ning Church appalls." The chimney sweepers of Blake's London were children who had, for all purposes, been sold into slavery. Frequently they came from countryside families too poor to feed them. For a price, their parents presented them to owners of chimney-sweeping companies. To those mothers and fathers, it was better than seeing their children starve. It was necessary that children do this job: You had to be small and lithe to scramble up and down the chimneys and to get them cleaned out. There were accidents—children fell from roofs and down flues and ended up crippled for life. Still, the need for the sweeps was strong..."

Thankfully, India didn't have many chimneys but there are many other equally deadly objects in today's India which continue to be cruel towards children.

"...Blake suggests that if you want to understand the moral state of a country, you had better check first and see how it deals with its children. Does it treat them with loving kindness, or does it exploit them? Does it look down upon them from the perspective of the greedy and frightened Selfhood, or regard them with the generosity of the enlightened Soul? Blake's verdict on his own nation is not hard to discern. Can our own nation claim to be doing better?
Amid blazing wealth, great numbers of American children do not get enough to eat. Perhaps they are not starving, but they are hungry..."

The policymakers in India, who are are still fighting over the need to have an expansive National Food Security Act, should look at the following data more closely: in 2005-06, about 44% of Indian children — below five years — were underweight, and nearly half — 48% — were stunted..." 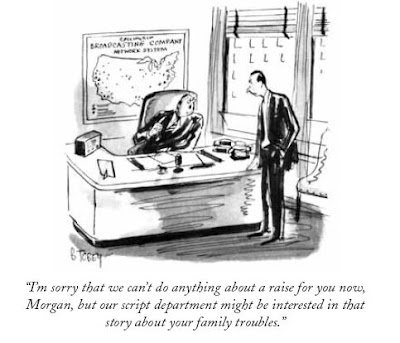