I don't know but I will never forgive Indian media because they tried to kill general public's interest in CWG 2010.

Who in the position of considerable power, in either government or private sector including media, in India is not corrupt? Very few.

History of India is replete with the corruption of its rulers and the civil servants. (Read a post on the subject here.)

Along with this, we have "senseless opportunism and termite greed of the ‘cultured’ strata" (D D Kosambi) and their own filthy logic to justify it.

Therefore, media should have pursued whatever they wanted to without affecting the spirit of games.

But I will not allow this malaise- corruption and media- to kill my interest in life. And hence I am following CWG2010 with as much interest as recently held events like WC football in SA and WC field hockey in Delhi.

It was run in muggy Delhi evening. It broke no record. And yet I will find it almost impossible to forget it.

These 1.5K, 5K and 10K meter runs are like great games of chess. Read relevant sections from David Wallechinsky's "The Complete Book Of The Olympics".

Kipsiro and Kenya's Kipchoge produced a spectacular final lap where I thought one of them might die.

It was Moses Kipsiro who came out on top.

I kept watching Kipsiro after the race. He made no sound. No triumphalism. He didn't even smile. He just kept jogging along. His face showed almost no feelings. Perhaps like a yogi. 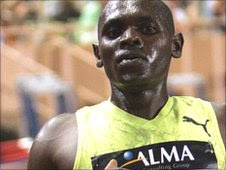 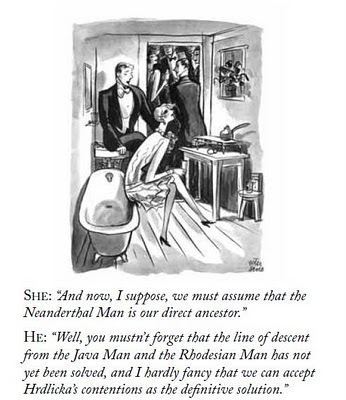 I: "Hope some one like Moses Kipsiro was my direct ancestor."

p.s. 'Naughty' Peter Arno is easily one of the greatest cartoonists of 20th century. You will find a few of his cartoons on this blog.

I often wonder what pictures he would have drawn in this, for more "naked", century.

Peter, we miss you.
Posted by Aniruddha G. Kulkarni at 9:00 AM

I will start with channels like NDTV- they always act against our national interest. When I watched the opening ceremony - I felt very proud. I forgot all about negative news. Of course I used mute button on a certain opening speech :)