The Idea of Justice: Warren Anderson, the American and Ajmal Kasab, the Pakistani

Amartya Sen:
"Justice is a complex idea, but it is very important to understand that justice has much to do with everyone being treated fairly."

Most Indians want Ajmal Kasab to be hanged.

Quite shockingly for me, many of them, including Ms. Kavita Karkare-the widow of Mr. Hemant Karkare, want that to happen publicly.

Mumbai attacks were responsible for "killing at least 173 people and wounding at least 308".(source: Wikipedia)

Wikipedia informs: "The first official immediate death toll was 2,259. A more generally accepted figure is that 8,000- 10,000 died within 72 hours, and it is estimated that 25,000 have since died from gas-related diseases."

Warren Anderson was the chairman of Union Carbide.

"A local court today ordered the Central Bureau of Investigation (CBI) to arrest former Union Carbide chairman Warren Anderson and produce him without delay, prompting survivors of the 1984 Bhopal gas tragedy to celebrate on the streets.

On the intervening night of December 2 and 3, 1984, Union Carbide Ltd had spewed methyl isocyanate, a lethal toxic gas, killing thousands of people and maiming thousands of others. Anderson, besides Union Carbide, is a prime accused in the case and was proclaimed an absconder in 1992 after he refused to appear in the court despite several summons..."

Let me narrate an interesting account of an old lady from Emperor Aurangzeb’s time (reign 1658 - 1707).

“An old lady took a complaint of extortion against a district collector to the emperor. Emperor ordered the money to be returned to the old lady.

Few days later, the old lady returned and complained that not only money had not been returned but also she was being harassed and hence suggested that the collector be transferred. Emperor signed the transfer order.

Little later the old lady again came back with another compliant that not only new collector continued to harass her but was demanding money from her because he felt her payment to his predecessor was part of ‘Hapta’ (periodic bribe) and hence he too was entitled to it!

On hearing this, Aurangzeb asked the old lady to pray to god that he sent her another emperor...

Khaphikhan, Aurangzeb’s well-known biographer, says that the emperor did not punish either of the corrupt officers.

Khaphikan also says that corruption among revenue officials was rampant and the officials who were sent from the emperor to check these practices were also equally corrupt! “ 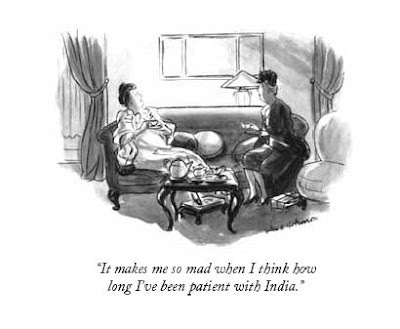