The father of “The Clash of Civilizations” Samuel Huntington has just died more than fifteen years after he wrote it.

I loved the tragic tale but don’t agree with the author's inference: “…As the story of James Achilles Kirkpatrick and Khair un-Nissa shows, East and West are not irreconcilable, and never have been. Only bigotry, prejudice, racism and fear drive them apart. But they have mingled in the past; and they will do so again.”

Mingling is fine but anything more I have my doubts. Dalrymple has not produced strong enough evidence in five hundred plus pages to convince me otherwise.

“… I wrote my response with appreciation, but I wagered on modernization, on the system the West had put in place. “The things and ways that the West took to ‘the rest,’” I wrote, “have become the ways of the world. The secular idea, the state system and the balance of power, pop culture jumping tariff walls and barriers, the state as an instrument of welfare, all these have been internalized in the remotest places. We have stirred up the very storms into which we now ride.” I had questioned Huntington’s suggestion that civilizations could be found “whole and intact, watertight under an eternal sky.” Furrows, I observed, run across civilizations, and the modernist consensus would hold in places like India, Egypt and Turkey…”

Fifteen years later, Ajami would say: “…Huntington’s thesis about a civilizational clash seems more compelling to me than the critique I provided at that time.

…And Huntington had the integrity and the foresight to see the falseness of a borderless world, a world without differences. (He is one of two great intellectual figures who peered into the heart of things and were not taken in by globalism’s conceit, Bernard Lewis being the other.)

I still harbor doubts about whether the radical Islamists knocking at the gates of Europe, or assaulting it from within, are the bearers of a whole civilization. They flee the burning grounds of Islam, but carry the fire with them. They are “nowhere men,” children of the frontier between Islam and the West, belonging to neither. If anything, they are a testament to the failure of modern Islam to provide for its own and to hold the fidelities of the young.

More ominously perhaps, there ran through Huntington’s pages an anxiety about the will and the coherence of the West — openly stated at times, made by allusions throughout. The ramparts of the West are not carefully monitored and defended, Huntington feared. Islam will remain Islam, he worried, but it is “dubious” whether the West will remain true to itself and its mission. Clearly, commerce has not delivered us out of history’s passions, the World Wide Web has not cast aside blood and kin and faith. It is no fault of Samuel Huntington’s that we have not heeded his darker, and possibly truer, vision.”

In 2008 we certainly saw riches depreciating and Indo-Pak 'love' growing stale and in Samuel Huntington’s crystal ball our future contains more pain than that just coming from ulcerated tooth. 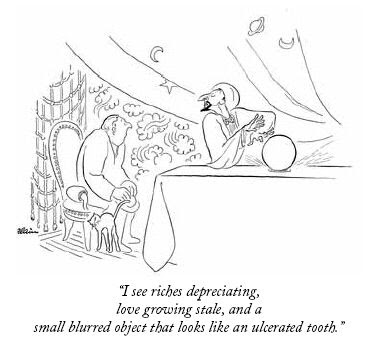