Problem of the Night Before i-pill

Watching TV in India with kids is getting trickier by the day.

You may avoid programming having steamy sex scenes of human beings (can’t avoid those of animals though thanks to NG and Animal Planet) but what about ad spots during even live coverage of cricket matches?

For a while now, we have been watching an advertisement of i-pill, a single-pill emergency contraceptive.

I think availability of such a pill as an over the counter drug would have made R D Karve र धों कर्वे very happy.

Now even Karve would have no solution for a problem below! 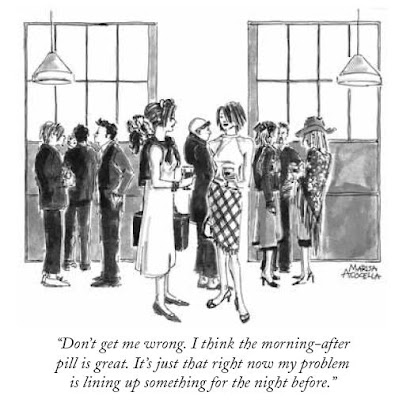