Indians are proud of their democracy. They feel it facilitates social mobility in a caste ridden society and is the least flawed of all forms of governance.

I agree with this assessment.

“How democracy produced a monster: Could something like it happen again? That is invariably the first question that comes to mind when recalling that Hitler was given power in Germany 75 years ago last week.

With the world now facing such great instability, the question seems more obvious than ever.

Hitler came to power in a democracy with a highly liberal constitution, and in part by using democratic freedoms to undermine and then destroy democracy itself…

…These distant events still have echoes today. In Europe, in the wake of increased immigration, most countries have experienced some revival of neo-fascist movements. Not so long ago, Serbian nationalism, inflamed by President Slobodan Milosevic, set off war and ethnic cleansing within the Continent…”

Pudhari claimed that today Phule would surely get elected because his agenda of social reforms is now universally accepted etc. (Btw- No such claim was made on behalf of Lokhitwadi.)

In deeply divided on caste lines of today's Maharashtra, I am not sure about Phule's electoral prospects but Lokhitwadi would surely be defeated in year 2008! 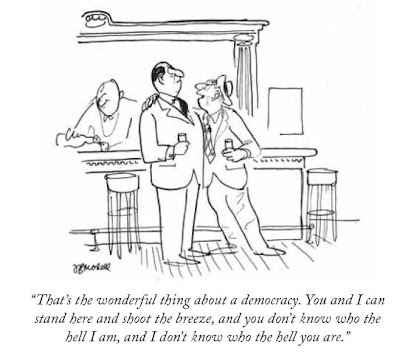