Mahabharata Redux. On Iraq and On EBAY.

“A study by two non-profit journalism organisations has found that President George W. Bush and top administration officials issued 935 false statements about the national security threat from Iraq in the two years following the 2001 terrorist attacks.

This brought back Yudhisthira Dharmaraja to the mind. He too lied. He did it only once. But it was WMD kind of lie.


“…In the war, the Kuru commander Drona was killing hundreds of thousands of Pandava warriors. Krishna hatched a plan to tell Drona that his son Ashwathama had died, so that the invincible and destructive Kuru commander would give up his arms and thus could be killed.

The plan was set in motion when Bhima killed an elephant named Ashwathama, and loudly proclaimed that Ashwathama was dead. Drona, knowing that only Yudhisthira, with his firm adherence to the truth, could tell him for sure if his son had died, approached Yudhisthira for confirmation. Yudhisthira told him: "Ashwathama has died". However Yudhisthira could not make himself tell a lie, despite the fact that if Drona continued to fight, the Pandavas and the cause of dharma itself would have lost and he added: "naro va kunjaro va" which means he is not sure whether elephant or man had died.

Krishna knew that Yudhisthira would be unable to lie, and had all the warriors beat war-drums and cymbals to make as much noise as possible. The words "naro va kunjaro va .नरो वा कुंजरो वा" were lost in the tumult and the ruse worked. Drona was disheartened, and laid down his weapons. He was then killed by Dhristadyumna.

When he spoke his half-lie, Yudhisthira's feet and chariot descended to the ground…”

Talking of epics, in India, most of us know our Ramayana and Mahabharata but not many of us have read them as they are i.e. translated line by line from Sanskrit in their tongues.

For example, Durga Bhagwat दुर्गा भागवत is her classic Vyasparva व्यासपर्व 1962 writes about the song of Kunti when she abandons Karna, setting him afloat in a box in a river. 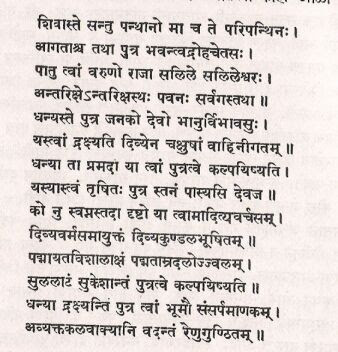 We all know the scene but very few perhaps know the beauty of this passage.

Following picture reminded me the episode of “The Game of Dice” from the epic where Yudhishtira gambles and loses his wife. 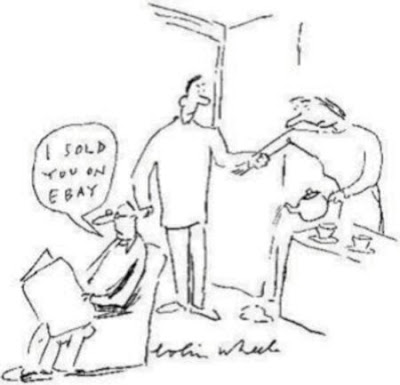 Although it is widely believed that Krisnha engineered the death of Dron, the actual sequence of event in Mahabharat tell a different story. I have dealt with this topic as well as the reason for Yudhishthir's half-truth on my blog. I hope it is ok to post the link here than write about it all over again. http://riddlesinmahabharat.blogspot.in/