Nostalgia is nothing new. It has been a refrain of art and literature at least since Homer set Odysseus on Calypso's island and had him yearn to turn back time.


Vilas Sarang has written another brilliant book in Marathi-“सर्जनशोध आणि लिहिता लेखक” (Pursuit of Creation and Author Engaged in Writing) (Mauj Prakashan 2007). The book is a collection of author’s literary essays.

I disagree with Sarang on few issues he discusses in the book. But I agree with him on a lot more. He is arguably one of the best literary critic since 1950s anywhere in the world.

In his earlier book (“Aksharancha Shram Kela”, Mauj Prakashan 2000), Sarang explains why P L Deshpande’s translation of “The Old Man And The Sea” is so ineffective. (Deshpande doesn’t understand Hemingway’s ‘and’).

In this book, Deshpande is at the receiving end for another reason-NOSTALGIA.

Sarang says: “Pu La’s most writing invokes nostalgia”. Sarang explains why nostalgic writing is so popular.
“One doesn’t need to do anything to remember! Memories collect easily and effortlessly. Another reason is, to recall one doesn’t need to think. One is freed of thinking and headache arising from thinking! There is a comfort in nostalgia……Nostalgia is popular with readers too because even their brains feel at ease. One can be lost in resplendent dreams of past. If Karl Marx were to be alive today, he would have said ‘Nostalgia is society’s opium‘ ”.

Sarang feels such nostalgia-loving society is regressive, focussed on the past.

Sarang fails to mention another aspect of nostalgia’s popularity: Rich and increasingly culturally dominant community of Non-Resident Marathi Speaking Indians who seem to thrive on nostalgia.

"“…there is something a little sad, I find, in my encounters with non-resident Indians. I don’t quite know why. They are successful. They have lovely homes and bright children who go to the best schools. Most have fitted in confidently and some have assumed positions of leadership in their adopted countries. But there is something missing at the core.

I often lecture abroad and run into Indians in the strangest places. The more exotic the city, the more we are drawn to each other. They invite me generously to their homes where they only want to talk about India. They ply me with samosas and hungry questions about our recent economic rise.

Usually, I discover that their memories are frozen, and they hide a shame of a fearful past that forced them to leave home. India has, meanwhile, moved on. Their poignant heart-weariness for their lost homeland leaves me in gloom…

...The prize, even of a lovelorn NRI life, seems liberating. There was a time I used to believe that I am a citizen of the world. I used to say that a blade of grass is the same anywhere. Now I think that each blade of grass has its own spot from where it draws its strength. So is a man rooted to a land from where he draws his faith and his life. But there is also a struggle to extricate ourselves from our pasts — from family, obligations and the “curse of history”.” 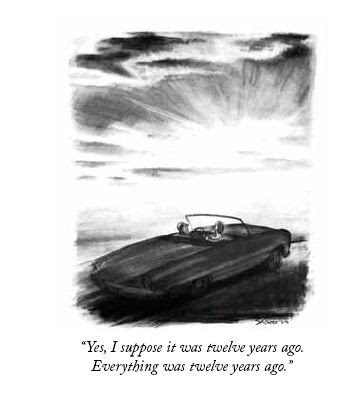 I am also a fan of vilas sarang.
I like his writings.

Pl. anybody give me his communication... like email ID or Phone or Postal Address.
Pl give me early reply to desaraju@aol.in.