“This is a golden age for connoisseurs of anachronism. The perfect storm of Brexit, a dysfunctional US presidential contest, murderous meltdown in the Middle East and the rise of autocrats around the globe has seen commentators scrambling around for often dubious historical parallels. Donald Trump has been compared with, in ascending order of plausibility, Hitler (inevitably, lazily), the Emperor Nero and Catiline, the Roman senator who conspired to overthrow the Republic...


... Such anachronisms are not only stupid, they are also dangerous, as they feed a desire to make the past and, as a consequence, the present and the future, neat and tidy, black and white, free of the complexity, nuance and compromise that real historians reveal and long-term solutions demand. No one who engages seriously with the past can be party to such crude analogies.”


“We read history to corroborate our own views, not to learn what scholars think to be true. About the future there is as little agreement as bout the past, I’ve noticed. We stand in relation to the past very much like the cow in the meadow — endlessly chewing the cud. It is not something finished and done with, as we sometimes fondly imagine, but something alive, constantly changing, and perpetually with us.”


"Already history has in a sense ceased to exist, ie. there is no such thing as a history of our own times which could be universally accepted, and the exact sciences are endangered as soon as military necessity ceases to keep people up to the mark. Hitler can say that the Jews started the war, and if he survives that will become official history."


"Liberal societies cannot depend on history for their survival. They need to defend themselves, and here the cult of rights needs deflating. Human rights may have value as symbolic barriers against the worst evils, such as genocide, slavery and torture. Where they are not backed by state power, however, ­human rights mean nothing: less than nothing, in fact, if they encourage people to believe they will be protected when (as in Srebrenica and now in Aleppo) the power to protect them is lacking. Human rights cannot serve as a template for world order. When they are used to promote evangelical military campaigns they endanger the way of life they were meant to protect."

David Livingstone Smith, ‘Less Than Human: Why we demean, enslave, and exterminate others’, 2011:


“...Whereas at the inception of their American adventure, the Puritans had considered the Indians to be degenerate human beings snared in the devil’s clutches, it didn’t take long for them to cast the Indians as devils incarnate. The “red devils” of this ethnic demonology were said to possess telltale predatory traits—they were “untamed,” “cruel,” and “bloodthirsty” (the “merciless Indian savages” of the Declaration of Independence). In rhetoric reminiscent of Cotton Mather, George Washington informed a correspondent that Indians and wolves are both “beasts of prey, tho’ they differ in shape.”...”

Fouad Ajami, review of “IDENTITY AND VIOLENCE/ The Illusion of Destiny” By Amartya Sen:


”… Sen works with the anecdote: His potted history is tailored for interfaith dialogues. He writes of the great Jewish philosopher Maimonides, who, when forced to emigrate from "an intolerant Europe" in the 12th century, was able to find "a tolerant refuge in the Arab world" in the court of the great Muslim ruler Saladin.


But this will not do as history.


Maimonides, born in 1135, did not flee "Europe" for the "Arab world": He fled his native Córdoba in Spain, which was then in the grip of religious-political terror, choking under the yoke of a Berber Muslim dynasty, the Almohads, that was to snuff out all that remained of the culture of convivencia and made the life of Spain's Jews (and of the free spirits among its Muslims) utter hell. Maimonides and his family fled the fire of the Muslim city-states in the Iberian Peninsula to Morocco and then to Jerusalem. There was darkness and terror in Morocco as well, and Jerusalem was equally inhospitable in the time of the Crusader Kingdom. Deliverance came only in Cairo -- the exception, not the rule, its social peace maintained by the enlightened Saladin…
… Inspirational history can go only so far; it will not bend to Sen's good cheer.”


Darío Fernández-Morera, ‘The Myth of the Andalusian Paradise: Muslims, Christians, and Jews under Islamic Rule in Medieval Spain’, 2016:
“...In the past few decades, this ideological mission has morphed into “presentism,” an academically sponsored effort to narrate the past in terms of the present and thereby reinterpret it to serve contemporary “multicultural,” “diversity,” and “peace” studies, which necessitate rejecting as retrograde, chauvinistic, or, worse, “conservative” any view of the past that may conflict with the progressive agenda. Thus it is stupendous to see how some academic specialists turn and twist to downplay religion as the motivating force in Muslim conquests, and even to question the invasion of Spain by Muslim Arab-led Berbers as the conquest of one culture and its religion by another. Failing to take seriously the religious factor in Islamic conquests is characteristic of a certain type of materialist Western historiography which finds it uncomfortable to accept that war and the willingness to kill and die in it can be the result of someone’s religious faith—an obstacle to understanding that may reflect the role played by religious faith in the lives of many academic historians. This materialist approach has also generally prevailed in scholarly analyses of the Crusades...”
या ब्लॉग वर कदाचित आधी लिहल्याप्रमाणे मला स्वतःला अत्यंत यशस्वी आणि गाजलेले 'घाशीराम' खूप आवडायचे. मूळ संचात मी ते तीनदा पहिले आहे, त्यातले  एक वेळा दिमागदार एनसीपीए मध्ये. पण त्याकडे कधी इतिहास म्हणून पाहिले नाही. तमाशा-करमणूक म्हणून पाहिले. इतिहास म्हणून त्याच्यात असंख्य त्रुटी आहेत. 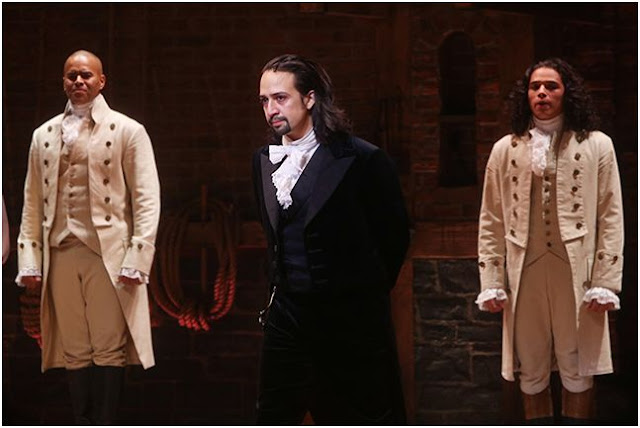 Brandon Victor Dixon — the actor who played Aaron Burr in the musical ‘Hamilton’ on November 18 2016 said: “...Vice President-elect Pence, we welcome you, and we truly thank you for joining us here at ‘Hamilton: An American Musical.’ We really do,” Dixon said to further applause. “We, sir, we are the diverse America who are alarmed and anxious that your new administration will not protect us, our planet, our children, our parents, or defend us and uphold our inalienable rights, sir. But we truly hope this show has inspired you to uphold our American values and work on behalf of all of us. All of us. Again, we truly thank you truly for (sharing) this show, this wonderful American story told by a diverse group of men and women of different colors, creeds and orientations...”

"...It is an unabashed celebration of the American Founding and the Founding Generation; not a thing one expects to see at a time when adopting a more critical stance about that era has become the order of the day. Certainly academic historians of the years that Hamilton mainly covers – the 1770s up until Hamilton’s death in 1804 – are keen to question the triumphant story of the birth of the American Union: the American Revolution was ultimately a good thing, but not for African-Americans or Native Americans; the so-called Founding Fathers were great men, but they believed in white supremacy and made their peace with slavery.

How, then, has Hamilton managed to bypass the more critical take on the Founding and still receive the well wishes of even the most sceptical historians, along with those of an adoring public? The answer lies in the casting. The actors portraying Hamilton, Washington, Jefferson and  other major characters are all people of colour. The only characters portrayed by white actors are George III and a British Loyalist. This cross-racial casting shapes the audience’s response to the play...."

"If one of the principal concerns about the leaders of the early American Republic is their ill treatment of people of colour, having people of colour portray these men neutralises that concern in a way that casting a white actor could not. Consider George Washington. It would seem impossible not to fall under the spell of the actor Christopher Jackson. A black man, Jackson, inhabits the character of the white slave-owning Washington, giving the audience permission to think about something besides Washington’s status as a slave-owner and focus on his other achievements. He led Americans to victory in war, managed the difficult first years of the Republic and voluntarily gave up power, thus allowing for the orderly transition from one leader to another. Whether this suspension of reality about race during this period is a benign thing will, undoubtedly, be one of the most debated features of the play for years to come."

आता खऱ्या हॅमिल्टन साहेबांबद्दल.
"... The real Alexander was a champion of what we call today ‘the one per cent’, who had much less faith in ‘the people’ and democracy than his nemesis, Jefferson. He argued that the president of the United States should serve on good behaviour, in other words, for life, barring misdeeds. The play links Hamilton to America’s uplifting 19th- and 20th-century immigration narrative, but he had no fondness for immigrants. Although to his great credit he was forward-thinking on racial matters, Hamilton was not the committed abolitionist the play makes him out to be..."

"With all this said, Hamilton was never meant to be a documentary. As a creative work it seeks to tell its own truths in its own ways. Still, there is concern that Miranda’s version of Alexander Hamilton will come to shape the public’s view of the man and his times. If, as Miranda and others suggest, the play leads people to seek out the facts about the historical Hamilton – and there are more ways than ever to do that – the chances are that this will not happen." 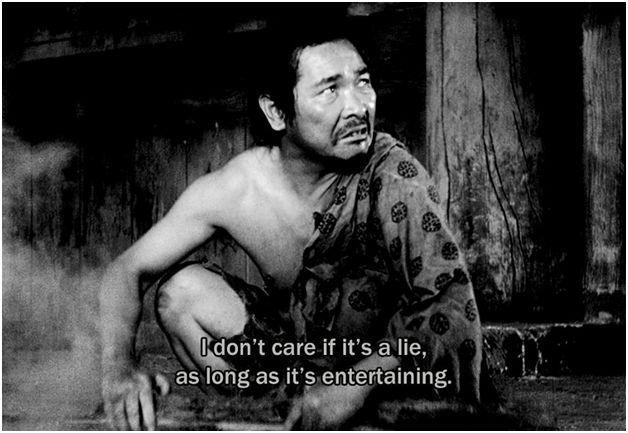