Didn’t You Love Whatever Rajendra Nath Did?

I am grateful to him for the entertainment he provided. He probably was not in the same league as Johny Walker, Om Prakash, Mehmood and Kishore Kumar but was close second.

Many times I have tried to walk like him, wearing the same “stupid” smile he wore doing it. No one laughed except my mother.

I have lost the count of number of films he acted in.

Only the other day, I saw him performing in Chhoti Si Baat (1975) where he played a cameo so well that my thirteen-year-old son burst into laughing

Talk of longevity of an actor.

Whenever I saw him, I knew my money was not entirely lost. He stood his ground in the company of likes of Dev Anand (Jab Pyar Kisi Se Hota Hai, 1961) and Shammi Kapoor (An Evening in Paris, 1967) quite effortlessly. 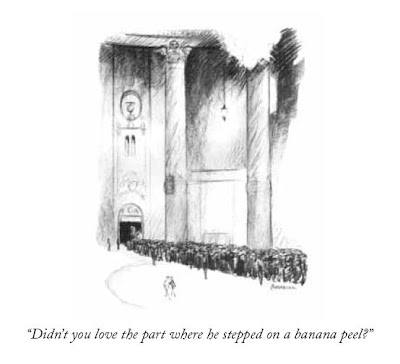 Dear Aniruddha,
Your blog on Rajendranatj is superb, a tribute this comedian in our age.But let me express my displeasure about one thing. I did not see your blog on a Malavani stage actor, comedian, who recently died. I need not name him. He is well known in Marathi world.
Nikheel Shaligram

Yes, you are talking about Machindra Kambli.

And I have good reason not do so.

I have not seen anything substantial by the late Mr. Kambli either on stage or on screen. I know it's my limitation but there you are.

MK was very, very talented. One of the very best Maharashtra produced. And he died so young.

This also brings me to another important topic: Power and reach of Hindi and English in this world.

Thank you Aniruddha, you got exactly what I pointed out. There was one more talented actore on stage & screen. He was Laxmikant Barde. His, whatever may be, untimely death also made an impact to all of us. No doubt, his latest films were "also ran" type. but his old talent cannot be forgotten easily. Again, you should not say that you did not see his dramamas or films. Do you?
BTW, I have been in this dialogue from deep corners of India. I found this blog to my Marathi "Maaticha". I may have to leave and return after some days. Bye
Nikheel Shaligram.

I think LB's case is different than MK. MK delivered some great, pioneering stuff. LB did not.

LB was very talented but couldn't leverage it. Similar to Sachin Tendulkar. I consider Tendulkar a great technical player but never a great sports-person.