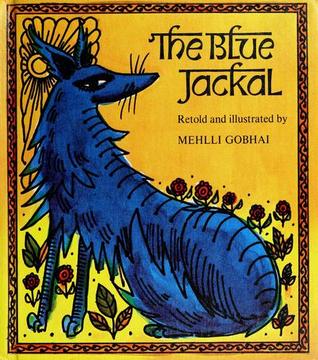 Wikipedia narrates Panchatantra tale 'The Blue Jackal' thus:
"One evening when it was dark, a hungry jackal went in search of food in a large village close to his home in the jungle. The local dogs didn't like Jackals and chased him away so that they could make their owners proud by killing a beastly jackal. The jackal ran as fast as he could, and not looking where he was going fell into a bucket of indigo dye outside the home of the cloth dyer. The dogs ran further and the jackal climbed out of the bucket, wet but unharmed.
The jackal continued into the jungle and saw the lion, King of the Jungle. The Lion asked him who he was and the jackal seeing that he had now turned blue declared himself as Chandru - protector of all the animals in the jungle. Chandru told the lion that he would only continue to protect the jungle if all the animals would give him food and shelter.
Soon Chandru was sought for advice from animals from other jungles and animals sat at his feet and brought him the best of food. But as happens every year in India, the Monsoon came, and slowly but surely, the blue dye had run off Chandru's coat and he was just a mangy jackal again. The animals realised this and chased the jackal far into the jungle, where he was never seen again."

FT reported on August 29 2017 in a story called 'Blue dogs of Mumbai expose poor pollution controls':
"Roaming packs of stray dogs are an established part of the landscape of Taloja, an industrial district to the north-east of Mumbai. But when a group of them turned blue this month, environmental activists sounded the alarm at this vivid evidence of industrial failure to adhere to proper standards of pollution control.


“There is pollution in every industrial zone, and the government keeps neglecting it,” said Arati Chauhan, an activist who posted photographs of the blue dogs that went viral on social media. “God has used the blue dogs to draw our attention to the problem.”..." 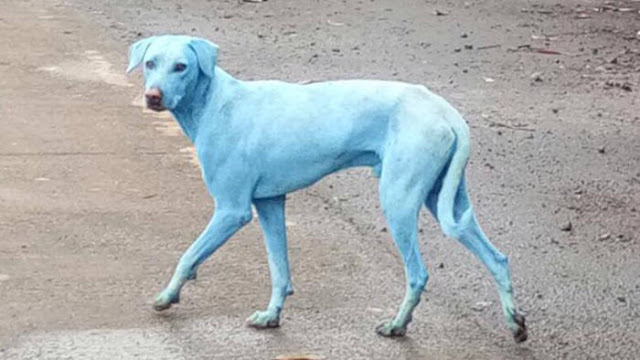