Business Standard reported on December 8 2016: "The Kerala High Court on Thursday banned women from to wearing salwar kameez and churidars inside the Sri Padmanabhaswamy Temple in Thiruvananthapuram.


According to the traditions of the temple, women devotees have to wear a mundu (dhoti) over their waist if they are attired in salwars or churidars.
"Only those women, clad in saris would be allowed inside the temple," said the court.
Earlier on November 30, 2016, temple executive officer K.N Satheesh had allowed women to visit the temple wearing 'churidar'..."


Reading about these repeatedly visited dress codes, I was amused and remembered something 'naughty' from the late Mr. Joshi's travelogue.
While describing his visit to Padmanabhaswamy Temple at Thiruvananthapuram in his book 'Sanchar' (संचार), 1945/1999, Joshi says:

(Once we entered through the door, we were asked by the male attendants to wrap our waists with the towels that were till then wrapped around our body. 'The men should wear no cloth above their waist' is an edict of the Tranvankore Devasthan .)

But the punch comes in the next statement... 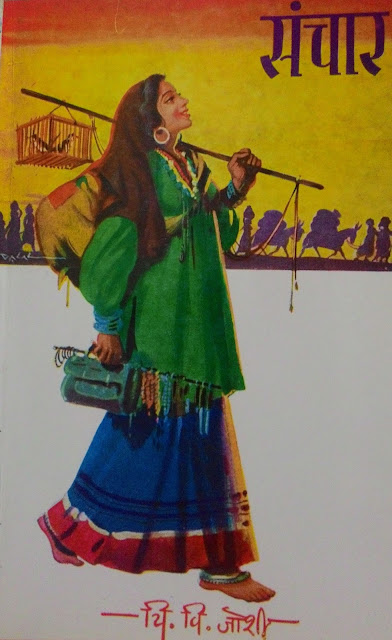 Will she be allowed in the temple?
Artist: Dinanath Dalal (दीनानाथ दलाल)

"...R K Narayan almost certainly never read or met C V Joshi. Or did he? I find a lot of similarity between their humour.

Narayan's first novel, Swami and Friends, was published in 1935. By then, C V Joshi's main character- Chimanrao- was well established in Marathi.

An example: Bheema's husband, in 'Rahat-gaadagan' ('रहाट-गाडगं') 1955, performs roles of female characters in a theatre company. A lot of people, including his close family, make fun of him for that. Bheema herself doesn't like it. She might be even suspicious of his virility, particularly because her family was cheated to marry her off.

And yet Joshi completely omits any reference to consummation of their marriage and makes Bheema pregnant in due course!..."

But by making a statement as quoted above: "Twenty five years ago apparently the same edict was also applicable to the women !", he shows what we might have missed. 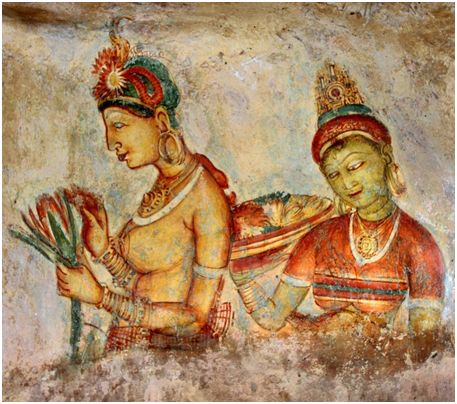 One of them will certainly be allowed in the temple